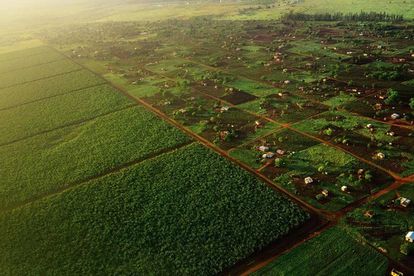 President Cyril Ramaphosa has announced the creation of a 10-person advisory panel which is tasked with devising solutions to the contentious issue of land reform in South Africa.

Together with the inter-Ministerial Committee on Land Reform, which is chaired by Deputy President David Mabuza, the new delegation will work towards defining fair, just and equitable reforms relating to the redistribution of land as a means of socioeconomic redress.

“The panel is expected to provide perspectives on land policy in the context of persisting land inequality, unsatisfactory land and agrarian reform and uneven urban land development.

The panel is mandated to review, research and suggest models for government to implement a fair and equitable land reform process that redresses the injustices of the past, increases agricultural output, promotes economic growth and protects food security.”

While much speculation has surrounded the issue of land reform, especially with regards to expropriation without compensation, one of the members of the advisory panel, Professor Ruth Hall, revealed the group’s mandate during an interview with 702 Talk Radio.

Hall, who is a researcher and professor at the University of the Western Cape’s Institute for Poverty‚ Land and Agrarian Studies, outlined the differences between the panel’s obligation and the parliamentary process currently underway.

The latter, Hall says, is a process which is intrinsically linked to the amendment of section 25 of the South African Constitution, while the advisory panel’s aim is to develop sustainable strategies surrounding the practical implementation of land reform, beyond the scope of expropriation with or without compensation.

The African National Congress (ANC), although in support of Constitutional amendments, has been relatively mum on the mechanisms involved in attaining and sustaining agricultural reform and growth. Some high ranking political executives have revealed ill-conceived and impractical plans, which have raised more than a few eyebrows amongst agricultural stakeholders.

This is where the President’s advisory panel comes in to play.

Speaking to Cape Talk, Hall revealed that the panel had been given six months in which to submit its plans on land reform. This means that practical mechanisms for redistribution could be finalized as early as March 2019.

Hall also noted that the panel’s theoretical scope exceeded beyond the act of expropriation, saying:

Ours is a policy-making position. In our terms of reference, we are explicitly asked to work out how and when expropriation without compensation should be implemented. I think we’re at a pivotal moment right now; we are at a change moment.”

Government published the list of members which form part of the advisory panel. The members of the panel are:

Commenting on the make-up of the advisory panel, Ramaphosa said that although members came from different backgrounds, they are all equally committed to a just and equitable future for all South Africans.