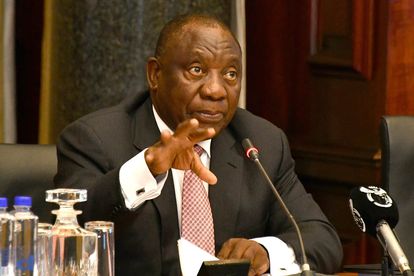 The deadline for parliament’s ad-hoc committee to make amendments to Section 25 of the constitution and allow the expropriation of land without compensation, has been extended.

While the deadline to draft the amendment was initially due to be the end of March 2020, the National Assembly unanimously passed a motion on Thursday, 5 March 2020.

The process has not been without challenges, since being passed in parliament in 2018. In January 2020, various political parties and organisations made requests to the committee, asking that the comment on the draft bill be extended by a month to the end of February.

“At the traditional leaders’ indaba in 2017, it was resolved that there should be a presidential summit on land. I’m pleased to say that this summit will take place this year”, he said when he opened the National House of Traditional Leaders in Parliament earlier this month.

“The date for the closing of submissions on the 18th Constitutional Amendment Bill, which seeks to amend Section 25 of the Constitution for our country, will soon be upon us. This in many ways, will be a crucial time for the land reform process. Traditional leaders were at the forefront of making contributions on this matter”, Ramaphosa said.

South Africans urged to participate in the hearings

In light of the sometimes low turnout at the hearings, the ANC’s chief whip Pemmy Majodina has urged South Africans to take part in the process and let themselves be heard.

“It is crucial that South African citizens have a say on how the expropriation of land should take place, therefore, we encourage the public to participate in numbers so that their voices can be heard”, Majodina said.

The committee is holding hearings in Winterton, KwaZulu-Natal on Saturday, 7 March 2020.

Both the ANC and Economic Freedom Fighters (EFF) have been pushing for the expropriation of land without compensation, however other parties, the Democratic Alliance (DA), Freedom Front Plus and African Christian Democratic Party (ACDP), have fiercely opposed it and are arguing that such a move would prove to be detrimental to the country’s food security and the economy.