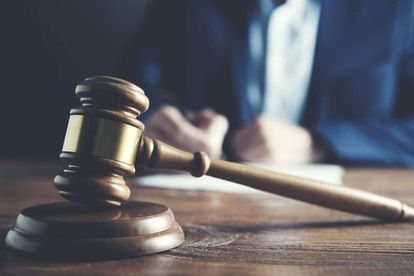 On 29 January 2018, the victim was asleep with her boyfriend and their three-year-old son at Amatikwe in Inanda, when two unknown men entered their home.

“At gunpoint, they demanded money and firearms. They repeatedly raped the woman before they stole cell phones and clothes from the victim’s home. Charges of rape and robbery were opened at Inanda SAPS,” said  Captain Nqobile Gwala.

On 1 March 2018, Sithole was traced and arrested at Amatikwe and the items that were stolen during the robbery were recovered from the accused.

During the course of the investigation, the accused was positively linked to another case of rape that took place in 2013.

“On 12 January 2013 at 4:00, the 22-year-old victim was asleep with her child when two unknown men forced the door open. She was raped before the suspects stole two cell phones and cash,” added Gwala.

The Department of Correctional Services confirmed earlier this week that convicted rapist Nicholas Ninow was caught with a cellphone at Baviaanspoort prison in Pretoria.

Ninow is called the “Dros rapist” after he was caught raping a seven-year-old girl in the bathroom of a Dros restaurant in Pretoria in September 2018. He is currently serving a life sentence.

“Such gadgets are classified as contraband and are not permitted inside correctional facilities. And this is a disturbing development as DCS is working to have contraband-free facilities,” the Department of Correctional Services’ spokesperson Singabakho Nxumalo said.

“Offender Ninow has been charged in terms of section 23 (1) of the Correctional Services Act. He will be reprimanded accordingly, a process which may involve the withdrawal of privileges for a specific period, reclassification, in other words, a downgrade and other punitive measures,” added Nxumalo.