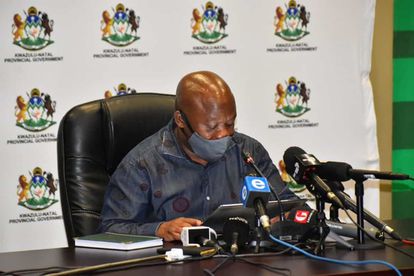 Is there something in the water? Hawks’ corruption unit has swooped to arrest five employees of the KZN Premier’s office. Sihle Zikalala’s staffers are wanted in connection with a series of dodgy government contracts.

The shock developments were reported on Thursday. The group appeared in the Durban Commercial Crimes Court earlier in the day, where the following details about the bust were made public:

Meanwhile, Sihle Zikalala’s office has issued a statement on the matter. The Premier has revealed that some of those arrested today were already on a precautionary suspension, and promised that fraud and corruption ‘would not be allowed to continue’ while he’s in charge.

“The office of the KZN Premier Respects the rule of law and will allow authorities to do their work. Some of these officials were already on precautionary suspension pending the conclusion of an internal disciplinary. We are now duty-bound to allow this process to be handled by the criminal justice system.”

“We wish to reiterate our position that, as a government, we are committed to good and clean service. We want to run a corruption-free government and will therefore deal with all types of fraud and corruption, whenever it raises its ugly head. There is simply no place for the abuse of public trust.”

FULL STATEMENT BY THE OFFICE OF THE PREMIER IN KWAZULU-NATAL FOLLOWING THE ARREST OF FIVE OFFICIALS BY THE HAWKS pic.twitter.com/Bsqrt6tPN5