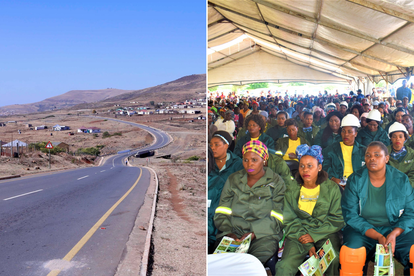 About 4 000 South African youth will flood numerous parts of KwaZulu-Natal (KZN) in a new road infrastructure initiative heralded by the provincial government.

Participants will learn about minor road maintenance and repairs, including pothole patching, road marking and grass cutting. The department plans to prioritise road infrastructure damaged in the recent floods.

The Dannhauser Local Municipality is among the districts the government has identified for the project roll-out. In June last year, KZN transport MEC Peggy Nkonyeni encouraged the youth to grab the opportunity with both hands.

The government will upgrade a section of the 17-kilometre P725 road next to eMadundube in the eThekwini Metropolitan Municipality from gravel to blacktop. The undertaking will cost R125 million. Another part of the road, severely damaged during the floods, will be rehabilitated.

Furthermore, Zikalala committed that the government is speedily moving to restore damaged infrastructure across the province and will prioritise the hardest-hit communities.

Zikalala also revealed that the province needs about R6.5 billion to undertake 1 365 projects in flood-affected areas. He promised to unveil further projects and hand these over to contractors in the next few weeks.