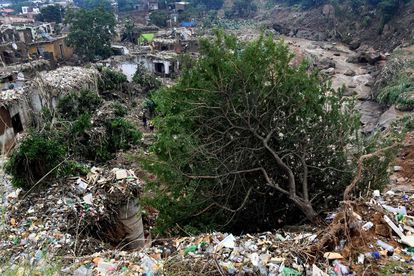 Premier Sihle Zikalala will be visiting the Mdlalose family who lost six members to the KZN floods while four loved ones are still unaccounted for. Photo: GCIS / Flickr

Premier Sihle Zikalala will be visiting the Mdlalose family who lost six members to the KZN floods while four loved ones are still unaccounted for. Photo: GCIS / Flickr

KwaZulu-Natal Premier Sihle Zikalala will be paying his respects to the Mdlalose family. The family will be burying six of their members who died in the horrific floods that ravaged the province.

Six family members dead while four are still unaccounted for

The six family members lost their lives in Inanda, however, the funerals will take place in Sweetwaters. This is their family home, based outside Pietermaritzburg. Not only are the Mdlalose family mourning six members, but four others are still missing.

More than 430 people were killed in the KZN floods.

SABC News spoke with the family and asked some members what they witnessed on the day they lost six loved ones.

“He’s telling us that his sister phoned the other kids saying they must not come back home because [of] the rain, it was bad in that area. Also, the lastborn was visiting them in Sweetwaters. So, the three children are left here and they are grateful, but they are still also searching for the other four that are still missing.”

President Cyril Ramaphosa acknowledged that more funds are required to respond to the flooding that occurred in a number of areas in SA. He shared that Treasury is conducting an investigation into this.

Ramaphosa, on Tuesday, 26 April, addressed a Joint Sitting of Parliament. The topic of discussion was the aftermath of the flooding in KZN, parts of the Eastern Cape and the North West.

Ramaphosa said that Treasury is interacting with state institutions to assess the extent of damage and any additional funding required.

“National Treasury is continuing to interact with various state institutions involved including the Disaster Management Centre to assess the extent of any additional funding required to respond to the disaster. It is clear, honourable members, that more money will be needed to deal with the reconstruction and rebuilding work that we must undertake. We have to ensure that all funds used to respond to this disaster are spent effectively,” said Ramaphosa.

While the delivery of locally built vehicles will be impacted in the short term, plans have been put into place to fast track existing orders.TSAM Senior Vice-President Leon Theron has thanked customers for their patience. He explained that orders of import models will continue as normal.

Toyota SA Motors says it is implementing a systematic and meticulous phased plan to return to its Prospecton-based plant. They are planning to ensure a safe start-up that won’t cause any potential secondary issues. Read the full story here.