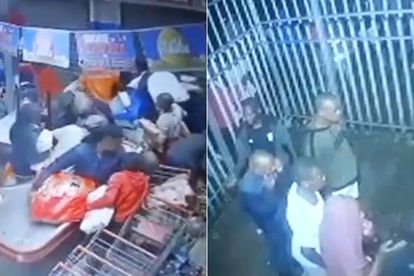 12 suspects have been arrested in connection with the looting that occurred in Umlazi, KZN. Photo: @Abramjee / Twitter

12 suspects have been arrested in connection with the looting that occurred in Umlazi, KZN. Photo: @Abramjee / Twitter

KwaZulu-Natal (KZN) South African Police Service (SAPS) spokesperson Nqobile Gwala confirmed that 12 people have been arrested. The arrests are in connection with the lootings that took place at 21:00 at Umlazi’s H and J sections.

Where did the looting happen?

Videos of the residents looting a Shoprite Usave supermarket, and other shops, went viral on numerous social media platforms on Wednesday, 13 April. The province is still reeling from the devastating floods that wreaked havoc.

Current reports put the death toll at least 306 people. Gwala shared that the arrests took place at the premises of the supermarkets on Wednesday evening. The SAPS spokesperson shared that the Umlazi residents are facing the following charges:

SAPS was able to return some groceries to the supermarket

Gwala explained that SAPS members were able to recover some of the stolen groceries. She added that a vehicle used in the crime in Umlazi was also taken by police.

“Some of the stolen groceries were recovered by police and handed back to the store manager. A vehicle that was used in the commission of the crime was also seized by police,”

The 12 suspects are expected to appear before the Umlazi Magistrate’s Court on Thursday, 14 April, reports The Citizen.

Images and videos of looting incidents of Shoprite USave and Boxer supermarkets in Umlazi, KZN, on Wednesday night have surfaced on social media.  Looting of Maersk shipping containers was also reported on Monday.

Minister of Police General Bheki Cele was urged to deal with the issue immediately. All this happens as people are trying to recover from the floods that wreaked havoc in the province. President Cyril Ramaphosa also visited affected areas and families to assess the damage on Wednesday.

Both the supermarkets in J and H sections of Umlazi have been at the mercy of criminals for as long as they have been in the area. They were also amongst the first to be looted during the July unrest. Read the full story here.