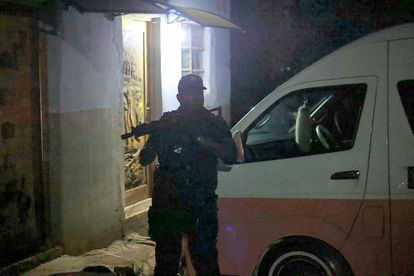 A 23 year old female who was kidnapped, assaulted and held hostage by her disgruntled  ex-boyfriend in Ndwedwe, KZN was successfully rescued on Saturday night.

According to Reaction Unit South Africa (RUSA) the victim was accosted in the Verulam CBD, KZN by her former boyfriend who is a taxi driver.

He forced her into his Toyota Quantum taxi before he sped off. The incident was witnessed by the victim’s co-worker who followed the mini bus to Ndwedwe, KZN.

He witnessed the female being dragged out of the taxi and into a room.

“Her co-worker arrived at RUSA Headquarters at approximately 19:56 requesting assistance. While being interviewed, the victim called him from her cellphone which she hid in her underwear while being transported to where she was being held.

“She explained that the man had severely assaulted her and locked her up in a room. He informed her that on his return he was going to murder her.”

RUSA added that a team of their officers proceeded with the witness to Ndwedwe, KZN. She was found locked inside an outbuilding. Reaction Officers broke the door and freed her. The emotional Coffee Shop employee had visible injuries to her face. She could not confirm where the suspect had proceeded to.

She was transported by Reaction Officers to the Ndwedwe SAPS to register a criminal case.

This week, Gauteng police arrested a 37-year-old man described as the “mastermind and kingpin” behind several kidnappings.

The man is believed to be behind multiple high-profile kidnappings and ransom demands across Gauteng and Mozambique. SAPS Colonel Athlenda Mathe says the arrest was made on Wednesday afternoon. Drugs were also found during the arrest.

“An intelligence-driven operation led the Task Team to an identified address in Brackenhurst where the team pounced on the alleged kingpin and his three associates. At this address, police found and seized three high powered vehicles, 6 000 tablets of Mandrax, hard cash, a receipt of sale for a R1,9 million property in Bryanston, several high-end luxury brand clothing.”

Police say the cash, drugs and property were all allegedly acquired thanks to money from ransom payments. Three other men believed to be involved in the syndicate were also arrested.