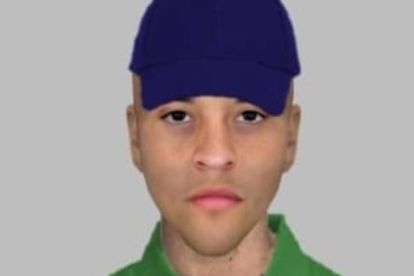 Have you seen man? Photo: SAPS

Have you seen man? Photo: SAPS

A knife-wielding rapist is wanted by police after a woman was raped near the Greenfields settlement in Augrabies.

THE MAN ATTACKED A WOMAN NEAR AUGRABIES

According to police spokesperson Captain CJ Prins, a man that fit the description of the identikit allegedly raped a woman last month.

“On Sunday, 23 January 2022 at approximately15:00, a young woman was walking alone alongside the R359 road near the Greenfields settlement in Augrabies. The unknown man approached the woman, threatened her with a knife, and robbed her of her cellphone.”

Prins said the man took the woman at knifepoint to a derelict building close to Cape Agri in Augrabies, where he raped her.

WHAT DO WE KNOW ABOUT THE MAN:

The police are requesting the assistance of the public in tracing the wanted man as per the attached identikit.

The man is described as being coloured, between the ages of 20-25 years, is of slender build and approximately 1.6 metres tall.

He was wearing a green golf t-shirt and a blue baseball cap at the time of the incident.

Any person with information can contact the investigating officer, Sgt Shabalala on 079 697 7836 or Capt Myburgh on 060 984 3529 or via the MYSAPS APP. All information will be treated confidentially.

ALSO READ: Upington: Have you seen these MISSING people?

WHAT SHOULD YOU DO IF YOU HAVE BEEN SEXUALLY ASSAULTED?

Your first instinct might be to wash or change your clothes. Instead, get to a safe place as soon as possible. This could be the nearest hospital, a police precinct or even a home of someone you trust.

In a case of domestic violence or sexual assault, the South African Police Service will help you find medical attention, shelter and victim counselling.

The SAPS emergency number is 10111