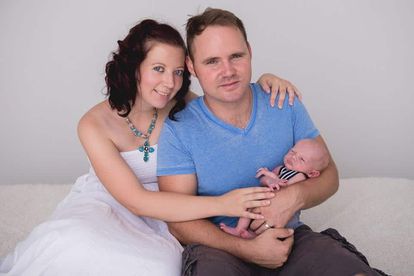 Most people believed that Andre and Mar-Louise Pretorius’, the couple that fell 35 meters from a cliff on Karkloof Falls, chances of surviving their injuries were slim to none.

Karen Singh from The Mercury reported that, contrary to popular belief, Andre has woken up from his medically-induced coma and Mar-Louise ought to be discharged on Wednesday after a successful eye surgery procedure.

What happened to Andre and Mar-Louise at Karkloof Falls?

Like most families, Andre, aged 31, and his 29-year-old wife, Mar-Louise, took their three-year-old son, Liam, to the Karkloof Falls, in Howick, Kwa-Zulu Natal.

Andre, unfortunately, ventured too far towards the edge of the cliff, Mar-Louise, foreseeing what was about to happen, handed Liam over to a friend and went after her husband.

The couple lost balance and fell 35 meters off the cliff, landing on a rock. Mar-Louise suffered minor injuries, while her husband was in a critical condition.

Karkloof couple on the road to recovery

A family friend, Kayleen Esterhuizen, was quoted in the Mercury article, as saying:

“Andre knows when someone is talking to him and he will move his head to see you. Doctors re very happy with his progress and know he will get stronger every day”, the friend added.

Mar-Louise, due to be discharged on Wednesday after a successful procedure on her eye, sounded very positive after the operation.

“My eye operation went well, (although) it took a lot longer than expected. They said (under two hours) but it took them four hours as there were so many little broken bones, but they are happy with the end result”, she said.

At the moment, Andre and Mar-Louise face a bigger challenge – affording Andre’s exorbitant medical bills which stand at about R630 000.

Thanks to Esterhuizen, who started a crowdfunding project on BackaBuddy, the couple have managed to raise R101 881.94.

Those who wish to contribute towards this cause can make donations on their BackaBuddy crowdfunding page.