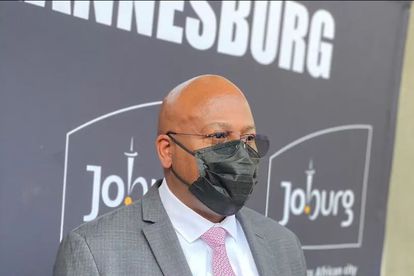 Moerane has been in hospital for more than a week after sustaining serious injuries in a car accident.

Maile said Moerane sadly did not respond positively to treatment.

With heavy hearts and deep sorrow we confirm we lost our beloved Mpho this afternoon. His passing has deeply pained us.”

Meanwhile, the Moerane family and the ANC earlier today came out guns blazing against false media reports that he succumbed to his injuries.

They blamed both Milpark Hospital, where he was being treated, and journalists for the news being circulated.

Speaking to media earlier today, alongside ANC officials outside the Milpark Hospital, Maile confirmed that Moerane was not conscious but could not go into further details of his illness.

He added that Moerane’s family has been left devastated by his hospitalisation and that rumours of his death have made things much harder for them.

WHO IS THE FORMER JOHANNESBURG MAYOR?

Moerane briefly served as the mayor of Johannesburg having been elected in October 2021.

However, it wasn’t long until the party ceded control of the metro in the 2021 Local Government Elections.

Moerane came into the mayor’s seat after the death of his predecessors, Geoff Makhubo died of COVID-19 complications and Jollidee Matongo died in a car accident.

He is the third Johannesburg mayor to die in the past year.

Moerane’s death have left many people shocked, and messages of condolences to his family have started streaming in.