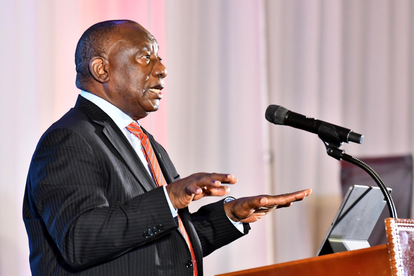 The urgent bid by Democracy In Action (DIA) to stop the Acting Chief Justice Raymond Zondo from handing the first State Capture Inquiry report to President Cyril Ramaphosa was reportedly struck from the roll on Tuesday – with costs.

WRITTEN REASON WILL BE PROVIDED LATER

This comes after DIA, a non-profit civil society organisation, on Monday launched the court bid. It said Ramaphosa was implicated in the testimony before the state capture commission.

The case was heard in the Johannesburg High Court on Tuesday.

THE URGENT BID WAS HEARD IN COURT ON TUESDAY

According to DIA, Ramaphosa should not be supplied with the report because he has been implicated directly and indirectly by testimony heard by Deputy Chief Justice Raymond Zondo.

Founder and member of DIA, Thabo Mtsweni, in an affidavit, said that from 2014 to 2018 – the years being investigated by the commission – Ramaphosa was the deputy president of the country.

WHAT WERE THE REASONS FOR THE URGENT BID?

He furthermore said Ramaphosa was also head of the ANC’s deployment committee and played an integral role in the appointment of some of the leaders of state-owned enterprise.

He added that if the report was handed to Ramaphosa, it would go against the principles set out in that case as the report will be in the hands of the person implicated by the witnesses. He wants the report to be handed over to Deputy President David Mabuza.