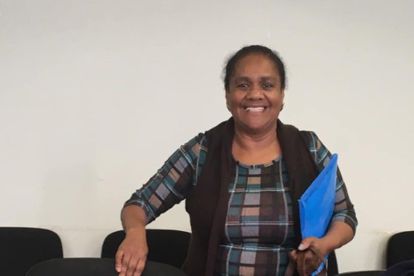 WHAT HAPPENED ON MONDAY MORNING:

Johnson stood against Nqaba Bhanga of the DA. Johnson got 60 votes compared to Bhanga’s 59 votes.

HERE IS WHAT YOU NEED TO KNOW ABOUT JOHNSON?

Johnson, a councillor from 2005 to 2010, holds a certificate in local governance, law, and public administration from the University of Fort Hare.

She is consulting for the Swedish-funded non-profit organisation, Ubutjebi Trust, on urban development and human settlements in the Bay.

WHAT HAPPENED BEHIND THE SCENES?

This comes after the ANC NEC announced on Sunday evening the party’s candidates in seven metros.

In a statement on the outcomes of the extended meeting of the national executive committee, the ANC said she, along with its candidates for Buffalo City, Mangaung, eThekwini, Tshwane, Ekurhuleni and Johannesburg were selected following a rigorous screening process and interviews.

The ANC NEC says they adopted comprehensive criteria for mayors, speakers and other political office-bearers aimed at ensuring that leaders who are capable, committed and experienced are placed in these crucial positions.

“These criteria include the candidates understanding of municipal finances, administrative capability, the regulatory environment of local government, ability to unite, steer and inspire the leadership of the municipality, and willingness to place themselves at the service of communities,” said deputy secretary-general Jessie Duarte.

The ANC said close to 600 mayoral candidates for 206 metro, local and district councils were subjected to rigorous interviews by 26 interview panels.

“Above all, the ANC expects our deployees to be leaders in good standing: honest, people with integrity and high ethical standards; no criminal record; no pending corruption charges; and they must be rooted and grounded in the community where they reside,” said ANC deputy secretary-general Jessie Duarte.