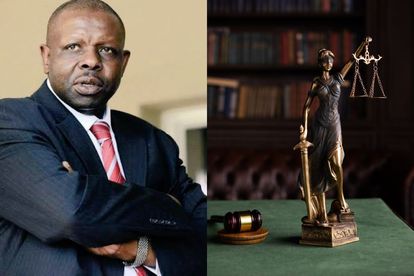 Judge John Hlophe suffered a loss on Thursday after the High Court dismissed his application to review the JSC’s gross misconduct decision. Images: Twitter and Pexels

Judge John Hlophe suffered a loss on Thursday after the High Court dismissed his application to review the JSC’s gross misconduct decision. Images: Twitter and Pexels

Western Cape Judge President John Hlophe could become South Africa’s first judge to be removed from office since the dawn of democracy in 1994. This comes after his loss at the Gauteng High Court on Thursday.

IMPEACHMENT OF A JUDGE PRESIDENT

He was found liable for attempting to convince Constitutional Court Justices Bess Nkabinde and Chris Jafta to rule in favour of former ANC president Jacob Zuma in his crucial 2008 bid to invalidate Scorpions search and seizure warrants.

The warrants were later used by law enforcement to confiscate about 93 000 pages of evidence. The bundle of documents were later utilised in the ongoing corruption prosecution of Zuma.

On Thursday the High Court dismissed Hlophe’s argument that, rather than voting on whether he should be impeached, the National Assembly should conduct its own investigation into the misconduct allegations.

The decision was made by the full bench of the High Court who judged that the argument made by Hlophe was legally unsound. This was made on the basis that the JSC is tasked with investigating the conduct of judges accused of wrongdoing.

Hlophe also argued he was unaware that it was improper for judges who were not involved in a particular case to share their views with the judges presiding over the matter in question.

Hlophe has consistently maintained that his discussions with Jafta and Nkabinde were innocent academic discussions.

In their judgement, the court also dismissed Hlophe’s argument of specific JSC members not being permitted to vote on the gross misconduct findings made against him.