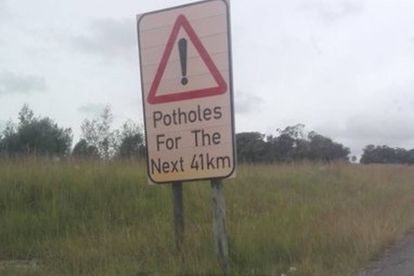 Over 100 000 potholes have been fixed in Johannesburg in the last year. Photo: Twitter

Over 100 000 potholes have been fixed in Johannesburg in the last year. Photo: Twitter

Johannesburg is known for many things. Unfortunately, potholes are one of them. But while there is still lots (and lots) of work to do in combatting Johannesburg potholes, some big progress has been made too. In the last 12 months, a pothole partnership between the City of Johannesburg and the private sector has repaired over 100 000 potholes.

Johannesburg potholes: The Pothole Patrol comes to the rescue

The Pothole Patrol project launched in May 2021 and saw the City of Johannesburg partner with Discovery insure and Dialdirect insurance. With insurers forking out huge amounts to deal with tyre claims, this private sector involvement seemed like a no brainer.

In the year that the Pothole Patrol project has been active, 100 000 individual Johannesburg potholes have been repaired. And according to the patrol, those are all new repairs, not the same pothole being filled time and time again.

In fact, things are working so well, that Discovery Insure says its noted a 26% reduction in pothole-related claims in Johannesburg. At the same time, the rest of Gauteng has seen a claim increase of 45%.

“While the unprecedented wet weather, unfortunately, exacerbated the already dire pothole situation in Johannesburg, and an unexpected bitumen shortage has caused a few delays, we’ve successfully managed to exceed our mandated repair target by 25%, month-on-month. We have also increased our repair fleet and employed additional resources.”

The Pothole Patrol project does have a few limitations though. All potholes bigger than 1m by 1m and more than 3CMs deep, have to be referred back to the city as a reinstatement.

As per the group’s mandate from the City of Johannesburg, all reinstatements are referred to the Johannesburg Roads Agency.

So aside from ageing infrastructure and shoddy superficial repairs, what else is aggravating all the Johannesburg potholes?

The patrol says the record rainfalls so far this year have caused havoc with repair work.

If you want to report any potholes around Joburg, you can do so by downloading the Pothole Patrol app on your smartphone from the App Store or Google Play.