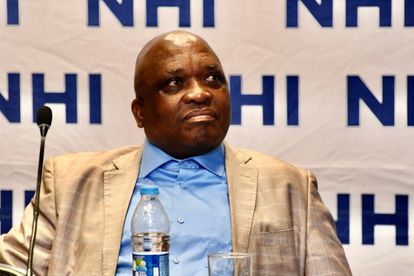 Minister of Health Joe Phaahla recently briefed the media about the post-disaster management regulations. This follows President Cyril Ramaphosa’s announcement of the lifting of the National State of Disaster.

Ramaphosa stated that some regulations will remain in place over the next 30 days. The ‘provisional regulations’ will stay in order to make sure a smooth handover is done. This in terms of the new regulations under the National Health Act.

Minister in the Presidency Mondli Gungubele and Cogta Minister Nkosazana Dlamini-Zuma joined Phaahla. Minister Phaahla stressed that the changes that are being made are amendments and not new laws.

Phaahla dismissed claims that the government has overreached the regulations. He shared that they have no intention of micro-managing citizens, reports ECR.

“In terms of the overreach of the regulations, I want to dismiss that. We have no desire to have draconic powers. They say we want to micro-manage people, we are going to arrest people and force them to drink medication, but there is nothing like that,” said Phaahla

Phaahla went on to explain that if a notifiable medical condition becomes dangerous and an individual refuses testing, Government can approach the court. This will be with regard to the issuing of a medical order.

“All that it says overall is that when there is a threat of notifiable medical conditions, there will be times when, as an individual in the protection of the public, you can’t say when you are suspected of having Covid-19, when you have all the signs, you will be persuaded by the medical people. But if it reaches a stage whereby there is a real dangerous notifiable medical condition and you insist that you cannot be tested, then we can approach the court and the court can issue a medical order,” Phaahla said.

NDZ says State of Disaster *could* make a comeback

The minister of Cooperative Governance and Traditional Affairs shared that restrictions could make a comeback. That is IF the need arises. That means the State of Disaster – and any accompanying lockdown laws – could one day return to action.

The stern words from Dlamini-Zuma won’t sit well with lockdown-sceptics, and those who are all too aware of what damage long-lasting restrictions can do to society.