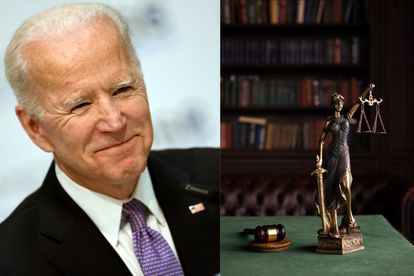 US President Joe Biden said on Tuesday he supported abortion after a leaked Supreme Court document revealed a potential removal of the law. Photos: Flcikr and Pexels

US President Joe Biden said on Tuesday he supported abortion after a leaked Supreme Court document revealed a potential removal of the law. Photos: Flcikr and Pexels

A leaked Supreme Court document revealed the US would overturn the right to abortion. The document was authenticated on Tuesday and US President Joe Biden has released a statement in favour of upholding the “fundamental right” to abortion.

ROE V WADE: THE US RIGHT FOR ABORTION

In a draft ‘opinion’ document written by US Justice Samuel Alito, the court says the landmark Roe v Wade decision in 1973 was “egregiously wrong from the start”.

It was leaked by Politico, which reported that the document about the abortion law had been circulated inside the court.

The document’s legitimacy was questionable but on Tuesday US Chief Justice John Roberts authenticated the document.

The document indicates that a majority of the nine Supreme Court justices are set to overturn the constitutional right to abortion.

Roberts says an investigation into how the document was leaked will be launched, calling it an “egregious breach of trust”.

The US Chief Justice described the leak as a “betrayal of the confidences of the court” that aimed to “undermine the integrity” of its operations.

Biden says although he does not know if the leaked document reflects the final decision of the court, his administration has always favoured abortion.

“My administration argued strongly before the Court in defence of Roe v. Wade. I believe that a woman’s right to choose is fundamental, Roe has been the law of the land for almost fifty years, and basic fairness and the stability of our law demand that it not be overturned,”

Biden says his administration will be ready when any ruling is issued on the legality of abortion.

“If the court does overturn Roe, it will fall on our nation’s elected officials at all levels of government to protect a woman’s right to choose,”