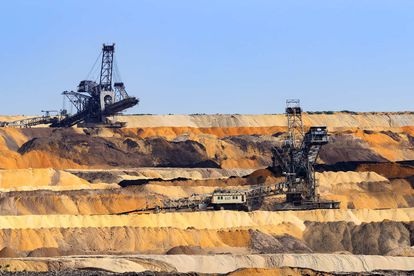 Johannesburg Mayor Herman Mashaba said that the city has been forced to urgently close Iridium Street between Randfontein Road and Penny Road in Rooderport from traffic for 12 months due to illegal mining activities in the area.

Road has been undermined

The area in which Iridium Street is located is near various abandoned mines and the nearby Mathole Village informal settlement is haven for illegal miners.

Mashaba said that the Joburg Roads Agency (JRA) will endeavour to prioritise the rehabilitation and reconstruction of this road during the 2019/20 financial year.

He said the closure of the road, which was closed as of Saturday, was necessitated by the need for public safety in general as well as putting the safety of motorists first in particular.

The closure will be in force until June 2020 when the road is repaired. Road users and affected communities will be notified in due course as to when the rehabilitation works will commence.

“The safety of our road users is JRA’s foremost priority. Due to the age of the extent of the failures of the road pavement structure, the continued use of this road leaves the motorists at risk because of imminent collapse,” said Mashaba.

Not the first illegal mining complaint

This is not the first time the City has raised serious concerns about the impact of illegal mining on the city.

In 2017, Mashaba wrote to the department of mineral resources warning about the imminent threat faced by residents as a result of illegal mining with the use of explosives near highways, Transnet bulk fuel supply and SASOL gas pipelines travelling across the City.

However, Mashaba said he has received no joy from various officials within provincial and national government, as well as the police.

Mashaba said threats posed by illegal mining activity near pipelines carrying gas and fuel created an increased risk for neighbouring communities, risked contamination of the City’s water supply, resulted in tremors which risks the structural integrity of the roads, among others.

“Of significance is the Nasrec precinct where the pipelines intersect with SASOL gas lines. Investigations have revealed that if illegal mining activity continues within these old mining shafts, the entire FNB Nasrec precinct, including the iconic FNB stadium, could be at risk,” he said.

In Roodepoort, traffic detour plans have been put in place to deviate traffic to neighbouring streets like Corllet Avenue, Nick Tommey BLVD and Van Wyk Street. Motorists have been urged to adhere to traffic guidelines and signage.