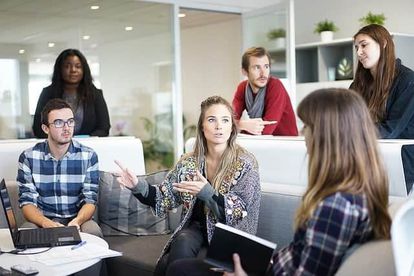 White people still dominate top management jobs in South Africa and there is an emerging concern about the level of professional, management and unskilled jobs held by foreigners the Commission for Employment Equity (CEE) has noted in its latest annual report.

Minister of Labour and Employment Thembelani Nxesi released the CEE’s 2020/21 annual report, that highlights the progress the country has made in transforming the workplace, at a media briefing on Friday.  The report gives a reflection of key data and employment trends analysed based on the Employment Equity reports submitted by employers between 2018 and 2020.

According to the annual report the levels of employment equity of different designated groups and the CEE’s concerns regarding transformation were follows:

level. A large portion of the opportunities, such as in recruitment and promotion continue to accrue to white which remains a concern to the CEE.

There is an increasing trend of African and Indian population groups at the Senior Management level. The Indian representation seems to increase significantly although their representation is already above their EAP. A marginal increase of females was noted. There was a gradual decrease in representation of the w white population group at this occupational level but most opportunities still favour  them. A significant proportion of senior management positions are also held by foreign nationals, particularly in the private sector.

The CEE noted a  positive move towards equitable representation across all population groups and gender in relation to the EAP distribution at this level. The CEE is concerned about the trend of employing a large number of foreign nationals, even at the lower occupational levels, which may be contrary to employment legislation seeking to govern migrant labour and employment regulations, such as skills transfer programmes.

imbalances of the past, where both the African and coloured population groups have dominated this level of the South African workforce. The representation of foreign nationals at around 2% at this level is relatively high considering that this level is an entry level for semi-skilled workers in a country with a high rate of unemployment.

Nationals at more than 3% in the past three years is noted with concern given the fact that this is the entry level of employment considering the high rate of unemployment and the reported available pool of unskilled labour in South Africa.

Representation of persons with disabilities

The representation of persons with disabilities in the total workforce reported on has insignificantly increased from 1% in 2018 to 1,3% in 2020. It is evident that over 23 years since the inception of the Employment Equity Act, the plight of persons with disabilities to be provided with equal opportunities to access employment has not yielded positive results. This is disconcerting to the CEE.

‘I miss everything about him’: Bianca Naidoo on life without Riky