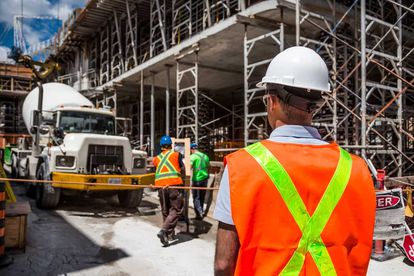 Significant job cuts in the mining and constructions industries have resulted in the highest quarterly increase in unemployed persons in South Africa since 2013.

While six of 10 industries did show employment growth between Q1 and Q2 of 2019, including the construction sector, the overall picture is a lot bleaker.

Employment in mining and construction

Employment in the construction rose by 21 000 jobs (1.8%) between the first and second quarters of 2019, but the year-on-year stats paint the real picture.

Comparing Q2 between 2018 and 2019 shows construction sector employment has shrunk by 7.6% over the last 12 months, while the mining industry showed a 12.4% decrease in jobs year-on-year.

The overall number of unemployed people rose by 455 000 people to 6.7 million when compared to the first quarter of 2019 and the absorption rate of including unemployed people into the workforce decreased by 0.2% to 42,4%.

While this percentage is below 50% it effectively means that less than one out of every two new entrants into the workforce are able to find work.

Perhaps of biggest concern is the fact that the informal sector, not including agriculture and private households, accounted for the largest growth in employment boasting a 3.9% rise from Q1 and a 7.8% increase year-on-year.

This could suggest not enough is being done to drive formal employment, both by government and the private sector, meaning people are having to find work however they can.

Jobs in the informal sector are often not full-time employment opportunities and can be quite volatile depending on how much money the employer has, so gains in this area can potentially be lost in a heartbeat.

There is no doubt work is needed to increase employment in the formal sector by increasing the absorption rate to above 50%, otherwise, the goal of decreasing employment in this country will never be realised.