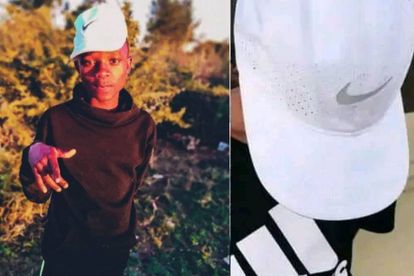 Itumeleng Moses Modiba, the 16-year-old boy who was killed while defending the theft of his Nike cap, was laid to rest this past weekend.

Moses, also known as Stumza, was laid to rest this past Saturday, 3 September following an emotional send-off at Mankweng cemetery.

The teenager was reportedly stabbed after refusing to give up on his Nike cap during a school trip almost two weeks ago.

An altercation ensued between Itumeleng Moses Modiba and the boys who attempted to steal his cap. He was stabbed in the stomach during the quarrel and later rushed to hospital where succumbed to his injuries.

WHO STABBED THE 16-YEAR-OLD BOY

According to Senwabarwana Online News, the deceased teenager was stabbed by a 20-year-old boy in broad daylight. The young man has been arrested for murder.

Polokwane Weekly also reported that Botlokwa police confirmed the arrest of the suspect and his appearance at the local court.

At the emotional funeral, Itumeleng Moses Modiba was described as a loving and caring young man who had a lot to contribute to his village in Sekonye, Limpopo.

INCIDENT A REPEAT OF PAST TRAUMA

He was also a learner at Frans Mohlala secondary School before his untimely demise.

According to a comment on Facebook, this is not the first time for a learner to been murdered for their belongings

“The very same incident happened years ago in Mankweng after a boy was stabbed to death for his own K-way hat.”

Meanwhile, this past weekend a youngster was stabbed to death in a tavern in Marapong township in Lephalale. This incident follows the celebration of the dawn of Spring in the township which was filled with excitement and boozing.