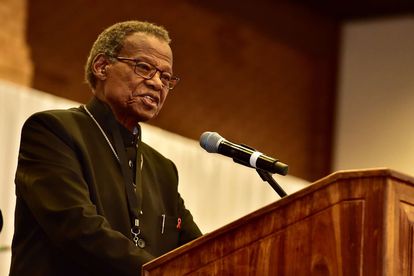 Reports about the death of Mangosuthu Buthelezi have been greatly exaggerated. That’s the official line from the Inkatha Freedom Party (IFP) on Monday, after a whirlwind of confusion surrounded the status of the political heavyweight.

Buthelezi, the former leader of the party, is one of the most senior and revered public officials in South Africa’s recent history. The nonagenarian recently took a step back from leadership duties, limiting his time in the public eye. However, an ill-fated discussion on a radio phone-in led to the spread of some fairly troublesome rumours.

It’s understood that a guest wrongly identified Mangosuthu Buthelezi as the deceased, when talking about his cousin, who had recently passed away from COVID-19 complications. According to the IFP, their media office has been ‘flooded’ by calls, with many people concerned about the well-being of the 93-year old.

The party has put the issue beyond all doubt, confirming that Mr. Buthelezi is ‘alive and well’. They described the source of the rumour as an ‘unfortunate error’, and explained that their founder remains in good health:

“Due to an unfortunate error on a call-in radio show this weekend, a rumour has emerged that the IFP Founder Mangosuthu Buthelezi has passed away. This is absolutely untrue and unfounded. We wish to reassure everyone that Buthelezi is alive and well. Although he is grieving the loss of so many due to COVID-19, he himself is in good health.”

“To fully correct the error, we must note it was Mangosuthu Buthelezi’s cousin – a famous praise-singer – who tragically passed away. One called on a radio show badly misspoke, without being corrected by the host. The family has since been inundated with frantic calls. Thankfully, we reiterate that there is no cause for alarm.”