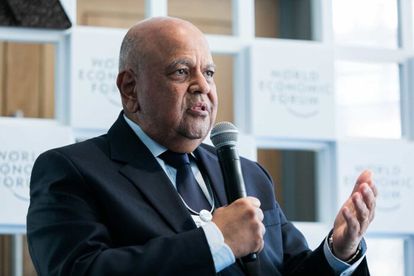 It’s been a fraught old day at the State Capture Inquiry. Within minutes of being told to ‘chill’ by an opposing lawyer, Pravin Gordhan was prevented from giving evidence about Jacob Zuma, due to an intervention by Raymond Zondo. He was then put on the spot for allegedly making a racist remark against Tom Moyane – but the jury remains out on that one.

Msholozi is certainly not in the good books of his ‘friend’ since he ran away from the Commission 10 days ago. However, Zondo’s move was not to save his skin – the DCJ had to act fast to preserve the integrity of his wide-ranging investigation.

Dali Mpofu turned up the heat on an agitated Minister Gordhan, who had previously been rebuked for relying on ‘hearsay’ within his testimony. In the afternoon session, the advocate questioned whether Mr. Gordhan had enough in his locker to prove that Tom Moyane was involved in state capture: Despite citing the Nugent Report, Mpofu wasn’t happy.

“The answer that you’re giving is you became aware of Moyane’s involvement in state capture somewhere around 2016? You answered yes. But your belief about Mr Moyane cannot be sourced from the Nugent Report that came two years later.”

Mpofu, thinking he’d found a weakness in Pravin Gordhan’s defences, then asked the ANC veteran if he could possibly present any evidence of Jacob Zuma being involved in state capture. As the minister confirmed he could, DCJ Zondo stopped Gordhan in his tracks, saying that Zuma ‘would need to be advised through a rule 3.3 notice’ if any allegations were made about him.

Gordhan told Moyane to ‘grow up’ – but is it racist?

The drama was far from over at this point, however: Gordhan found himself on the end of another extraordinary allegation when a transcript of an exchange he had with Moyane some years back was played to the panel. In a heated debate, the minister can be heard raising his voice, telling the ex-SARS Commission to ‘grow up’.

According to Mpofu and his team, those two words are tantamount to a racial insult. It was argued that, in a South African context, telling a black citizen to ‘grow up’ is a belittling throwback to a time where people of colour were referred to as ‘boys’ rather than men by the apartheid regime and its supporters. The abstract claim was rejected flatly by Gordhan:

“That is not racist. It is important to understand that conversation in context. Tom Moyane was being outright defiant and insulted a judge through his spokesperson – I was simply asking him to cooperate.”