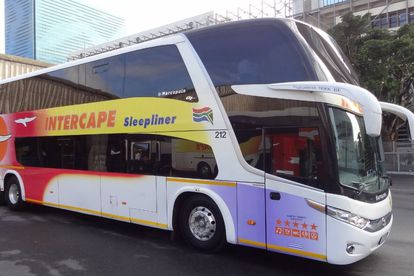 Intercape has called for Government to intervene after a bus driver was killed and a series of attacks targeted other coaches. Photo: Danny Foster / Flickr

Intercape has called for Government to intervene after a bus driver was killed and a series of attacks targeted other coaches. Photo: Danny Foster / Flickr

On Thursday, 28 April, an Intercape bus driver lost his life. The 35-year-old was shot outside the company’s depot and passed away in a Cape Town hospital. His death was followed by attacks on Intercape’s fleet in Gauteng.

Intercape driver’s death followed by a spate of attacks

The company released a statement on Saturday, 30 April, where they explained that the attacks followed a public announcement. Intercape alleged that there had been a “violent campaign waged against the industry by rogue taxi associations”.

In Gauteng, the attacks occurred on the evenings of Thursday and Friday. Two people were unfortunately injured. Intercape explained that the attacks followed its appeal to President Cyril Ramaphosa for Government to intervene and stop the targeted violence.

“A 35-year-old Intercape bus driver died in a Cape Town hospital on Thursday days after being shot and critically wounded outside the company’s depot. In the space of just 13 months, there have been over 150 recorded violent incidents, a number of which have led to serious injuries to employees and passengers of the bus operators in the long-distance coach industry.”

Intercape said in a statement.

Going into detail about the incident on Thursday, Intercape said a car opened fire on one of its buses. The bus was travelling from Pretoria to Mthatha on the M2 in Johannesburg. A total of three shots were fired into the driver’s side of the bus. The final shot just missed the driver, reports DispatchLIVE.

The assailants fired another five shots at the bus as it sped past. The first three shots hit the windscreen while the fourth and fifth hit th4e coach on the front left side. The driver was able to keep control of the bus before slowing down and pulling over on the side of the road.

Intercape explained that a case was opened at the Jeppe Police Station. Passengers were moved to another bus to proceed with their travels. On Friday, two more buses were attacked.