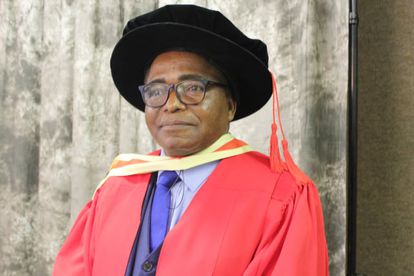 “I got a call this morning confirming that Bhodloza is no more. It is the most excruciating pain. I wouldn’t be where I am today had it not been for him, the station wouldn’t be here without him.

Tributes pour in for Welcome Nzimande

“He was very helpful; he always had time to give counsel on matters concerning the station. He helped and guided me a lot,” the emotional Ngcobo said.

Current and former radio presenters, public officials and artists have paid tributes to the veteran broadcaster.

KwaZulu-Natal Premier Sihle Zikalala said that played a huge role in promoting traditional music. “We have lost a giant, a very dedicated hard worker who shaped the lives of many young artists who are where they are today because of him. We also worked with him in the office of the Premier and the Department of Arts and Culture. May all those who are affected by his death be comforted during this trying time,” Zikalala said.

Nathi Mthethwa, Minister of Sport, Arts, and Culture, also passed his condolences to Nzimande’s family. “Ingulube Encane (as Nzimande was also known) was the face of black excellence. It is because of people like him that groups like Ladysmith Black Mambazo are now world-renowned. He worked hard to identify talent and promote it, whether it was in radio or in music. It really is a sad day for us,” Mthethwa said.

Nzimande led the brand transformation process of Radio Zulu to the current Ukhozi FM and initiated various community-building activities, including formation of the South African Traditional Music Association (SATMA). He went into early retirement in 2010 after spending 32 years at the SABC. When he joined Radio Zulu, the station had just over 3 million listeners and it currently has over 7 million listeners, making it South Africa’s number one radio station.

At the time of his passing, Nzimande was the Chairperson of the UIF Board which he joined in 2013.