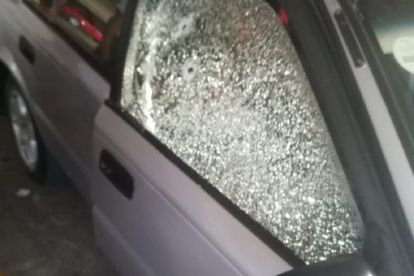 Police in Polokwane have made an arrest in connection with a shocking case this week. The suspect is accused of shooting his own wife dead in the middle of a Shoprite parking lot, after discovering she was sitting in another man’s car.

The 34-year-old is set to be processed in court, after the ‘bullet-ridden body’ of his partner was found slumped inside the parked vehicle. It’s understood that a blazing argument took place when the spouses confronted each other, before the male discharged his firearm and hit his 32-year-old wife multiple times.

“Police in Polokwane arrested a suspect, 34, after he allegedly shot and killed his wife this afternoon, in the parking area of Shoprite, on the corner of Grobler and Landdross Mare streets. The police received a call about the incident at about 14:00 and rushed to the scene. On arrival, the body of a 32-year-old woman was found inside a motor vehicle.”

“The deceased, believed to be from Seshego Township, was together with a certain man inside the said vehicle when her husband arrived. An argument allegedly ensued and the husband aged 34, took out a firearm and shot the woman several times. She died instantly. The motive for the killing is unknown – but domestic violence cannot be ruled out.”

Another case of GBV suspected

SAPS won’t jump to any conclusions just yet, but the DA isn’t being so cautious in its approach. Desiree Van der Walt, the provincial chairperson of the DA’s Women’s Network, has expressed her ‘deep concerns’ over another alleged gender-based violence case. The MP insists that women in Limpopo are now living in fear.

“The Democratic Alliance Women’s Network is deeply concerned by what seems to be escalating levels of gender-based violence (GBV) and femicide cases in Limpopo recently. The continued prevalence of GBV in our communities is extremely worrying and continues to prove that women are not safe in this province” | Desiree Van der Walt