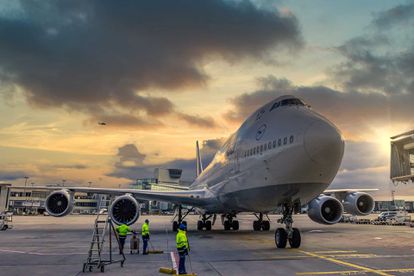 Image by Tobias Rehbein from Pixabay

Image by Tobias Rehbein from Pixabay

While air travel is slowly opening up around the world as the pandemic eases, the airline industry is still in huge trouble and burning up cash at an alarming rate, the International Air Travel Association (IATA) has warned.

Next year the situation will improve a little, but the expected slow rate of recovery still means that air carriers will consume cash at an average rate of $5-6-billion (R82-93-billion) a month.

IATA is now calling on governments to provide additional relief measures, including financial aid that does not add more debt to the industry’s already-highly-indebted balance sheet.

“We are grateful for this support, which is aimed at ensuring that the air transport industry remains viable and ready to reconnect the economies and support millions of jobs in travel and tourism,” said Alexandre de Juniac, IATA’s Director General and CEO.

Crisis longer than we imagined

“But the crisis is deeper and longer than any of us could have imagined. And the initial support programmes are running out. Today we must ring the alarm bell again.”

He warned that if current support programmes to the industry could not be replaced or extended, the consequences for the already struggling sector would be dire.

“In fact, airlines burned cash throughout the period. And with no timetable for governments to reopen borders without travel-killing quarantines, we cannot rely on a year-end holiday season bounce to provide a bit of extra cash to tide us over.”

IATA estimates that despite airlines cutting their costs just over 50% during the second quarter, the industry still went through $51-billion (R840-billion) in cash as revenues fell almost 80% compared to the year-ago period.

The cash drain has continued, with airlines expected to go through an additional $77-billion (R1.3-trillion) of their cash during the second half of this year and a further $60-70-billion (R987-billion-R1.2-trillion) in 2021. The industry is not expected to turn cash positive until 2022.