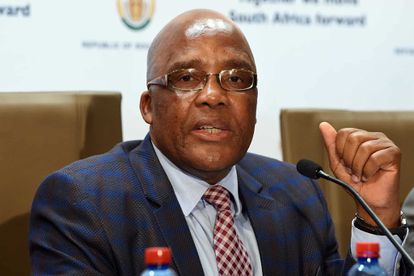 Any South African knows that some things just simply do not work in our country. Other things are simply not possible. A great example of this? Trying to get in and out of Home Affairs without having to wait hours on hours. It is just not possible. Now, trade union Nehawu is rejecting Home Affairs Minister Aaron Motsoaledi’s plan to change the classification of Home Affairs, in order to allow for weekend work.

Home Affairs as a security department?

In a reply to a Parliamentary question this week, Motsoaledi said his department “desperately” wants to operate on Saturdays. However, issues with unions over overtime has scuppered its plans. To get around this, the department wants to be reclassified.

Motsoaledi now wants Home Affairs to be reclassified as a security department, in order to have shift work done on weekends, just like the police and clinics do.

Motsoaledi has submitted a bill to cabinet that would see that change. This would allow Home Affairs to open on weekends.

Labour unions have previously demanded that overtime be paid for weekend work. And be carried out by the same workers who also do weekday work. Motsoaledi says this “overtime for life” would not be affordable.

Nehawu now says that its “shocked and angered” by Motsoaledi’s plan. The union says the proposed reclassification is “bordering on populisim”.

Newhawu wants the minister to stop talking publically, and instead come to an agreement through the Public Service Sector Bargaining Council.

“Home Affairs is currently struggling to fill over 9 000 vacant posts and as the union, we have been fighting for the filling of these vacant funded posts in the department. We have been raising this matter, including questioning why home affairs is setting aside funds for a Border Management Agency (BMA) whilst they have so many vacant posts to fill.”