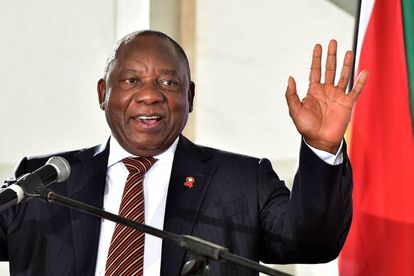 Under the theme, the living human treasures seek to refer to and celebrate the repositories of knowledge, customs and traditions.

“This year’s Heritage Month will be dedicated to the living human treasures, namely, Dr Esther Mahlangu; Mama Madosini Latozi Mpahleni and Mama Ouma Katrina Letsau,” the presidency said in a statement on Wednesday.

“As part of the celebrations and in their honour, three books have been launched that acknowledges efforts of these great women, who have distinguished themselves in their chosen fields of artistic occupation, putting South Africa on the global cultural map,” it added.

Throughout the month, government said it will also promote South African indigenous knowledge holders who have been producing goods and services within local communities but have not received deserved national or international acclaim and recognition.

Heritage Month is also being directed towards highlighting the fight against gender-based violence and femicide which has been ravaging through our country.

As part of raising consciousness across society, government will continue to facilitate dialogues and hold panel discussions on GBV, aimed at engendering and sustaining positive behavioural change.

“Heritage Month objectives are to promote the rich and diverse indigenous knowledge systems of South Africa; create awareness around the scourge of GBV and encourage our living human treasures to champion the care of women and girl children within communities, and expose learners and the youth to the richness of South African indigenous heritage,” it said.

Although Minister in the Presidency Jackson Mthembu confirmed that Ramaphosa was under the weather this week, he still managed to address the United Nations (UN) 75th General Assembly on Tuesday 22 September and plans to deliver a Heritage Day speech on Thursday.

On Tuesday, he called for debt relief measures to be undertaken across Africa, especially after the impact of the pandemic.

“To ensure that no country is left behind, we reiterate our position as the AU that economic sanctions against Zimbabwe and Sudan should be lifted to allow their governments to respond adequately to the pandemic,” he said.

“We also call for the suspension of interest payments on Africa’s external and public debt. As the AU we are encouraged by the collaboration of the G20, the IMF, and the World Bank towards finding solutions to debt sustainability in developing countries.”

“Until we eradicate poverty, we will always fall short of realising the vision of the founders of the United Nations,” added Ramaphosa.