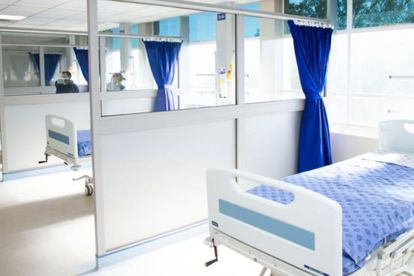 The Gauteng Health Department says it is launching an investigation to look into the circumstances surrounding the death of a 26-year-old woman at Helen Joseph Hospital in Johannesburg.

Eyewitness News reported on the story earlier this week and spoke to Nqobile Dube, who had rushed her critically ill daughter, Sichelesile to the hospital on Monday. When she returned the next day to check on Sichelesile, she had passed away, still sitting in her wheelchair with her mouth and eyes wide open.

“The Gauteng Department of Health has noted with sadness the reported incident of the death of a 26-year-old patient at Helen Joseph Hospital. The Department has instituted an investigation in order to establish the circumstances around the demise of the female patient. An update will be provided on the matter upon finalisation of the investigation into this matter”

The department has further expressed condolences to the Dube family for their loss.

As if the wasn’t enough, Dube told the news outlet that nobody at the healthcare even noticed that her daughter had died and when she sought help from a nurse, the nurse told her she was busy.

Sichelesile had been referred to the Helen Joseph Hospital, severely ill with swollen legs and unable to eat, EWN reported. Dube checked into the hospital on Monday afternoon, but it was only hours later that they were able to attend to her by putting her on a drip and leaving her in a wheelchair.

The Democratic Alliance (DA) in Gauteng’s Jack Bloom says he is horrified what is alleged to have occurred at Helen Joseph Hospital, saying the story highlights the neglect that many patients have experienced at the facility’s casualty ward.

“Instead of assisting the Helen Joseph, the Gauteng Health Department has dithered in reopening the safe parts of CMJH and wasted huge amounts of money in building extra beds in the wrong areas without staff and equipment,” Bloom said.