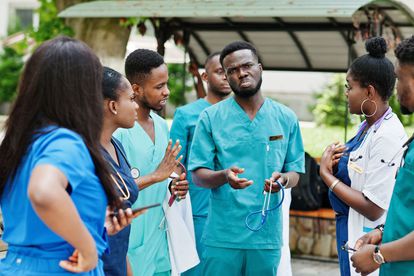 The hostility against foreign nationals that has been displayed outside some of South Africa’s hospitals is not new or isolated. South Africa is home to about 2 million immigrants, many of whom struggle to access a variety of public services, including healthcare.

The question of whether migrants place unnecessary pressure on the health system must be put into perspective. Two realities need to be highlighted.

The first is that South Africa’s health system has been plagued by problems and it functions poorly as a result of poor governance. It is a highly unequal system which places significant pressure on public healthcare. There are general shortages of nurses and doctors, high workloads, low morale among staff and multiple burdens of disease. Corruption also plays a role.

The second is that migration – the movement of people into and across South Africa – is a reality and must be planned for.

Experts writing for The Conversation Africa have explored these issues in a number of articles: we’ve collected five of them here.

Small, organised groupings of South Africans have pushed an anti-migrant sentiment which is closely linked to the country’s dire economic situation, partially caused by increased poverty, scarcity of resources and high unemployment rates.

There is evidence that the statements that fuel these sentiments are false and that South Africans and migrants can live together in good relationships.

The health minister for South Africa’s Limpopo province was recorded on video berating a Zimbabwean woman for crossing the border to access healthcare in South Africa.

This is not the only case. There are often reports of healthcare providers indiscriminately practising “medical xenophobia”. But this dominant, single narrative around migrants and health care is misleading.

The public health system isn’t engaging adequately with migrants and this has an effect on the way the system operates.

What South Africa needs is a health system that considers population movement in the way that policies and interventions are designed.

South Africa has a collection of laws that set out exactly how healthcare services should be provided. This includes the constitution, the National Health Act and the Refugee Act.

The state must provide free care to everyone, except for people covered by private medical aid schemes.

The blame on migrants is misplaced. The real issue is health system management and governance.

Healthcare at the border

Although most immigrants come to South Africa in search of work opportunities and better living conditions, they inevitably need healthcare.

A study by Doctors Without Borders (MSF) around the South African-Zimbabwe border sets out what services foreign nationals seek most often, and how.