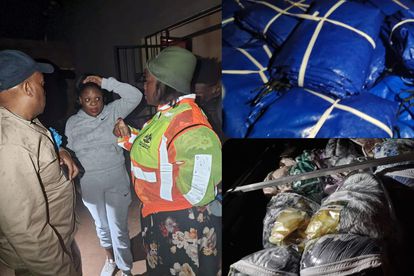 Dozens of homes were damaged by a storm in Hazyview, Mpumalanga on Friday night. Images: Facebook/ Sibongile Makushe KaSoko-Mazibuko.

Dozens of homes were damaged by a storm in Hazyview, Mpumalanga on Friday night. Images: Facebook/ Sibongile Makushe KaSoko-Mazibuko.

At least 50 homes in Hazyview, Mpumalanga and surrounding areas were damaged in a storm on Friday night, 18 November, according to reports. Provincial Disaster Management teams have been helping the affected households since last night.

HOUSES DAMAGED BY STORM IN MPUMALANGA

SABC News reports that Disaster Management teams from the Mpumalanga province, the City of Mbombela metro and Ehlazeni District Municipality were dispatched to the storm-hit areas to assess the damage.

At approximately 21:15, Sibongile Makushe, the Executive Mayor of Mbombela, confirmed the disaster was being attended to while assessments continued.

The affected households were temporarily provided with tarpaulins and blankets, according to a Facebook post by the Mbombela mayor.

“We must ensure that if don’t have a place to sleep on like a bed or something then for now as interim will give them sponges and everything so that at least they are comfortable. So, all spheres of government we are working together to ensure that we give relief to the communities, particularly of Hazyview,” said Makushe to SABC News.