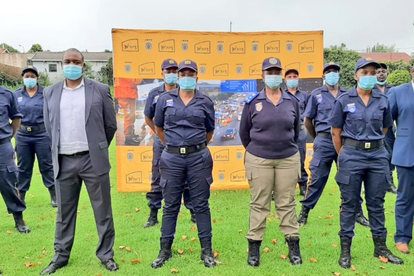 The Hawks have swooped in to make two arrests after it was alleged that the individuals were illegally selling driving licences.

The licences were reportedly sold for R4 500 without the driver ever being tested by the examiner. Lucky Sindane, spokesperson for the City of Johannesburg Group Forensic and Investigation Services (GFIS) unit, weighed in on the arrests.

Cleaner amongst those arrested over licence debacle

Sindane says that a 61-year-old female cleaner and a 38-year-old examiner for driving licences will be appearing in the Booysens Magistrate’s Court on Thursday to answer to charges of fraud and corruption over the allegations.

Both suspects were stationed at the Xavier Junction licence and testing centre based in Ormonde, south of Johannesburg.

The pair had been placed under arrest during a sting operation which took place on Wednesday. GFIS officials worked in conjunction with the Hawks to make a booking with the suspects. This included arranging to collect a driver’s licence.

Furthermore, Sindane added that the pair had been arrested after allegedly giving a temporary driver’s licence to an undercover Hawks official.

“The female suspect had a stack of driver’s licence cards which she alleged were ready to be collected by her clients who had already paid the R4,500 fee,”

Johannesburg Mayor Mpho Phalatse has commended the team behind the arrests for their efforts against corruption. Commenting on the incident, Phalatse sang the praises of those involved in the bust.

“Corruption has no place in this administration and we will work tirelessly, and in collaboration with institutions such as the Hawks, SAPS, JMPD to ensure that residents of Johannesburg receive the quality services they deserve.”

In line with this, the City of Johannesburg has encouraged members of the public to report any instance of fraud or corruption through its 24-hour hotline 0800 002 587 or via email to whistle@joburg.org.za.