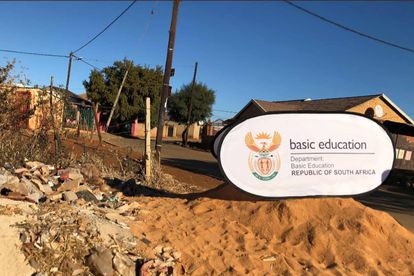 The Teaching and Learning International Survey (Talis) has revealed that more than half of South African teachers indicated that teaching was not their first choice with only 49 percent citing it as their first choice for a career.

The findings were announced by Minister of Basic Education, Angie Motshega during the release of the Talis report at Nellmapius Secondary School in Pretoria.

It surveyed school educators and leaders on the working conditions and the learning environment in several countries, including, Australia, Japan, Korea, Norway, the United States, and the United Kingdom, to provide a barometer of the profession.

The report is viewed as an examination of the basic education sector from the perspective of the teachers.

Most teachers are women

The report also revealed that 60 percent of school educators are female and only 20 percent of women are principals.

In the country, 69 percent of teachers report having participated in some kind of formal or informal induction when they joined their current school, compared to 42 percent of teachers across Organisation for Economic Cooperation and Development (OECD) countries and economies participating in Talis.

It also showed only 66 percent of classroom time in South Africa is spent on teaching as opposed to 78 percent in Organisation for Economic Cooperation and Development countries.

South Africa Minister of Basic Education Angie Motshekga blamed this on amount of time spent by teachers on clerical tasks and dealing with disciplinary problems in class.