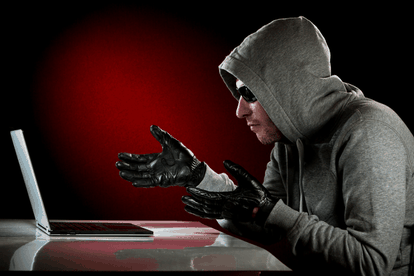 According to News24, the Presidency’s website has been hacked on Saturday.

The website is used to store statements from the South African presidency and users normally visit the page to catch up on updates on current affairs they may have missed out on.

However, on Saturday, users trying to access the site stumbled upon a black screen with odd messages and imagery.

The message eerily claims that “Morrocco is [your] lord”, with a skeletal face imprinted above it.

The hackers identified themselves in the message as ‘Black Team X’. Officials have since disabled the website and are busy trying to locate the origin of the hack.

The Presidency’s response to the hack

Khusela Diko, who is president Cyril Ramaphosa’s spokesperson, came out to state that they had no information on who was responsible for this unusual act yet.

In a statement addressing the incident, he said that “we can confirm interference with the Presidency website. Our technicians are currently investigating the incident and looking to restore it to operation”.

Which other hackers have targeted South Africa?

Another case of hacktivism occurred last year in August when an infamous cyber group by the name of Anonymous targeted gov.za sites, revoking access to the pages for a weekend.

This happened at a time when there was set to be a rhino horn auction scheduled for that week.

It is not clear whether Anonymous, who have the same M.O, is affiliated with Black Team X. Both cyber groups have targeted government websites in South Africa, at least.

Also, if Anonymous’ intentions were to send a message to the government by hacking their websites a week before the rhino horn auction, it is interesting to wonder what the motive behind Black Team X’s recent attack is.