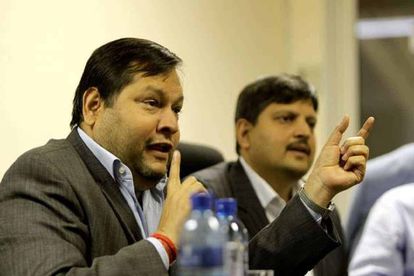 If the notorious Gupta brothers want their South African passports renewed, they should file their applications, in person, at the Department of Home Affairs’ headquarters in Pretoria.

This is the argument made by the Democratic Alliance (DA), which believes that the Guptas’ return to South Africa provides the perfect opportunity for them to be held accountable by government and the Zondo Commission of Inquiry into State Capture.

Joe McGluwa, the DA’s Shadow minister of home affairs, issued a statement on Friday morning after it was revealed earlier in the week that the Guptas had applied for their passports to be renewed, despite the South African government actively attempting to extradite the infamous brothers.

DA: ‘The arrogance of this family has no bounds’

It’s alleged that the Gupta brothers – Ajay, Atul and Rajesh “Tony” – who stand accused of leading the nefarious state capture project in South Africa, are currently holed up in the United Arab Emirates (UAE).

Justice Minister Ronald Lamola got tongues wagging in November when he announced that, in light of international pressure, the Guptas would be actively sought in the UAE.

The brothers, who, through their cosy relationship with former president Jacob Zuma, managed to secure lucrative government contracts with state-owned enterprises, fled South Africa under a cloud of controversy in 2016. Following their hasty exit, the brothers reportedly settled in Dubai and, since then, have attracted unwanted attention from international agencies, particularly in the United States of America (US).

Although Lamola’s efforts to have the Guptas extradited back to South Africa have been the subject of bureaucratic delays, the brothers’ bold passport applications have renewed calls for justice, with the DA wading into the discourse.

McGluwa has argued that the “arrogance” of the Gupta brothers could play directly into government’s hands. McGluwa said:

“It is common knowledge that the Guptas fled South Africa as evidence of their involvement in the ANC’s state capture continued to mount.

Nonetheless, collecting their new passports in Pretoria is the perfect opportunity for members of the Gupta family to return to South Africa and appear before the Zondo Commission to answer to the allegations levelled against them for their involvement in the ANC’s state capture project.”

McGluwa noted that the DA would submit written questions to Home Affairs Minister Aaron Motsoaledi – who initially revealed that the Guptas had applied to have their passports renewed – when parliament reconvenes in 2020. McGluwa elaborated:

“Home Affairs Minister Aaron Motsoaledi’s decision to place the new passports in a safe in Pretoria does not inspire confidence. He must tell us on what legal basis he is withholding the passports. The law should be followed in this matter.”

McGluwa added that other questions, some relating to Motsoaledi’s predecessor Malusi Gigaba and his alleged illicit involvement in fast-tracking the Guptas’ naturalisation process, would come under Raymond Zondo’s microscope at the state capture hearings.