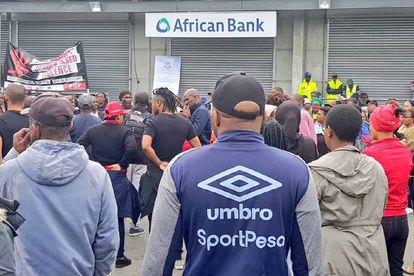 Residents of Gugulethu have taken their fight against gender-based violence to the streets, and the call is for more action to be taken by law enforcement authorities in protecting women against the plight of femicide.

On Thursday morning, the usual bustle and buzz in Gugulethu, a township that sits on the eastern outskirts of Cape Town, was amplified.

Non-profit organisations, such as Ilitha Labantu, schools and members of the community banded together in protest. The central message in their demonstration is exposing the plight of escalated violence women and children from Gugulethu face daily.

Lwanda Mpondo, a representative of Ilitha Labantu, told reporters that the roots of gender-based violence are embedded in our household dynamics and our culture.

“Currently, the youth of today are using gender-based violence as [a tool] that they think is working for them, which comes back as a stereotype because back in the days, our fathers had the perception that a man is superior to a woman,” he said.

Another protester, Noluthando Nomqa, expressed her appreciation for the brave residents who are finally taking action against the scourge of violence in the township.

She indicated that since her daughter was raped and killed in 2013, nothing has been done to bring those responsible to justice. Furthermore, the murder of her son, who was also killed in the same year as her daughter, she claims, was neglected by authorities.

#GugulethuShutDown march against gender based violence, where members of the community demand action against the scourge of violence against women and children that is plaguing the Gugulethu community #EndViolenceAgainstWomen pic.twitter.com/vaLLU7CtvU

For the most part, the Gugulethu shutdown has commenced without interruptions or spurts of violence. Hundreds of protesters gathered outside the Gugulethu Mall, holding anti-GBV placards and chanting struggle songs.

Law enforcement officers have watched on from a distance and allowed protesters to picket. However, motorists travelling in and out of NY 1, the main road that connects the township’s four sections, has been blocked.

The traffic backlog, however, is expected to clear up around peak-hour.