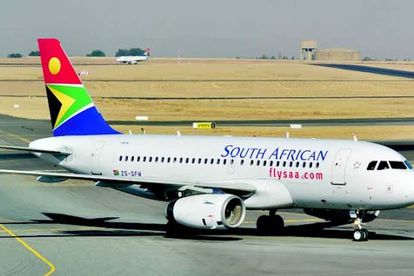 “Funding is needed for workers severance packages, to pay creditors and cover operational costs,” Gordhan said in response to questions from Bloomberg.

“The money issue from government side will be resolved in the coming week in meetings due, but commitment has been settled.”

While the government has been considering different options and approached institutions and lenders to secure funding, it might have to put up some money from state coffers to save South African Airways and ensure a future equity partner deal, Bloomberg reports.

“The equity partner process will still take a bit of time to process. So that is later. Right now money is needed for restructuring costs.”

SAA was placed in administration in December, hasn’t made a profit since 2011, and is dependent on state handouts to keep afloat. It’s restructuring process could see some 3 000 workers losing their jobs.

Keeping SAA alive is seen by opposition parties and some analysts as a ‘distraction’ for the government at a time when it needs to focus on the more crucial and ailing state power utility Eskom, and to stimulate growth in an “economy set for its biggest annual contraction in nine decades.”

“It now seems clear that the SAA business rescue practitioners (BRPs) have agreed to partner with Gordhan in holding the country to ransom to force yet another taxpayer bailout in order to save the dead duck that is SAA,” the Democratic Alliance (DA) said.

“Consultations for the MTBPS are already underway and Gordhan and the Department of Public Enterprises (DPE) are no doubt trying to pressure National Treasury to ensure that the R10.4 billion bailout is included in the MTBPS adjustments budget.”

The DA added that it will oppose any further bailouts for SAA and remain vigilant in “protecting taxpayer’s money from being used to fund SAA.”

Tapping into the troubled treasury

Finance Minister Tito Mboweni has previously indicated the government doesn’t have the money available to rescue SAA and said he would help “mobilise” funds from other sources.

However, a “reprioritisation” of funds in the 2020 budget could be implemented to cover the restructuring costs, according to Gordhan.

Twenty private-sector funders, private-equity investors and partners have submitted unsolicited expressions of interest in a restructured SAA, and those are being assessed, the Department of Public Enterprises said.

Ethiopian Airlines Group is in talks with SAA over providing assistance, sources familiar with the situation have said.

The Addis Ababa-based carrier is seeking control, possibly in the form of a management contract, and that may be a sticking point, the sources said, Bloomberg reports.

The National Union of Metalworkers of South Africa (Numsa) and South African Cabin Crew Association (Sacca) are not backing down on their demands over the future of SAA and have threatened to bring the country to a halt, should government not meet their demands.

Both unions staged a picket outside SAA’s headquarters in Kempton Park, Johannesburg Friday.

“We have every right to be angry. There is nothing left…Those who stole from SAA should be the ones to pay. (The shareholders and board) knew about the looting and they did nothing,”

NUMSA and Sacca accused the government of appointing incompetent and “compromised” people to the boards and senior management, and that it had failed to take the required actions against those who were corrupt or compromised.

The price for these failures, the unions highlighted, was being paid by the workers.

“Introducing the notion of equity partners or even worse, by necessary implication, supported the liquidation of these entities and facilitated in the stripping of strategic national assets to the benefit of private and narrow interest groups, but also to the detriment of the country and people at large.”