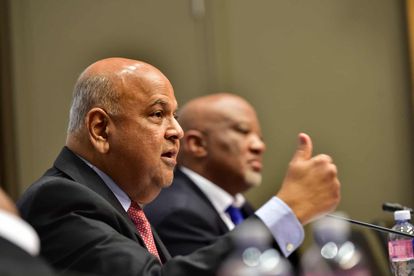 The Department of Public Enterprises (DPE) has denied claims that Minister Pravin Gordhan is spearheading a bid to zero in on whistleblowers.

This comes after an IOL report claimed a forensic company would be rewarded R250 000 for helping find people who exposed the appointment of the department’s chief of staff, Nthabiseng Borotho – without the necessary qualifications.

The department has labelled the recent report as malicious and false.

“The DPE wants to appeal to the media to remain objective and circumspect when nefarious disinformation campaigns are presented to journalists as credible and factual. For the sake of transparency, for the public interest and to strengthen our public institutions, we should work together in good faith to prevent another occurrence where the media is misled and used to advance corruption and state capture,” it said in a lengthy state on Sunday, 22 November 2020.

The department’s human resources head Tshegofatso Motaung was suspected of being behind the leak and was suspended on November 5, 2020.

The department said however, her suspension was the result of an investigation into mismanagement of a service provider and possible fruitless expenditure.

“It is not related to any investigations into leakages of sensitive information to media. Questions from the Sunday Independent, received this morning, seek to present this as a “hunting down of whistleblowers.” Such allegations are rejected as false, malicious and contrived,”

The Department of Public Enterprises (DPE)

IOL had reported in March 2020 that Borotho’s appointment came with a cool R1 million annual salary and a R7 035 monthly allowance. Gordhan reportedly sought the go-ahead from Public Service and Administration Minister Senzo Mchunu to hire Borotho, despite lacking the necessary qualifications and experience.

Sources further claimed that Borotho was quick to make use of some of the job perks – including taking possession of a luxury government vehicle and a petrol card.

As if that wasn’t enough, the department is also at loggerheads with its outgoing spokesperson, former journalist Sam Mkokeli. This is reportedly in relation to the saga surrounding Borotho’s appointment and Gordhan’s handling of it.

“The Department of Public Enterprises (DPE) must inform the media that Mr Sam Mkokeli, the spokesperson for the DPE, has resigned on 28 October 2020.

“His resignation was duly accepted on 3 November 2020 by Mr Kgathatso Tlhakudi, the Director-General of the DPE. Mr Mkokeli is serving his notice period until 30 November 2020,” the DPE said in a statement on Sunday, 22 November 2020.

Mkokeli has also challenged his employer to produce Borotho’s matric certificate, which the department is yet to do.

“Release the matric certificate and deny that Borotho hired her relatives. Period. Stop the forensic investigation,” he said.