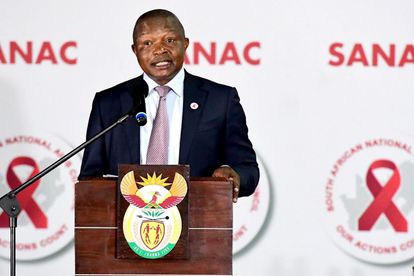 The whopping $547m (R8.8bn) from the Global Fund is earmarked for programmes tasked with eradicating HIV/Aids, Malaria and TB. Photo: Flickr/GovernmentZA

The whopping $547m (R8.8bn) from the Global Fund is earmarked for programmes tasked with eradicating HIV/Aids, Malaria and TB. Photo: Flickr/GovernmentZA

Millions of South Africans continue to endure the daily hardships brought about by HIV/Aids, Malaria and TB. In a bid to give these citizens hope, the Global Fund has given the country $547m (R8.8bn) to bolster programmes aimed at ending the plights.

The Global Fund grant was signed on Thursday bringing into effect a three-year cycle of programmes expected to run from April 2022 to March 2025. The signing was held at Government Communication and Information System (GCIS) offices in Pretoria.

During the timeframe, the Global Fund will assist in the continuing efforts to accelerate prevention in order to reduce mortality by providing HIV treatment and assist in giving care and support to all who have been infected and affected by HIV and Aids.

Through this grant, South Africa has made progress toward finding and diagnosing HIV patients. It has also ensured success for the country’s efforts of integrating TB and HIV diagnosis and treatment response to both diseases.

The replenishment of the Global Fund will assist the country to continue making improvements in getting people tested for HIV, and to continue the progress towards achieving the goal of ending AIDS as a public health threat by 2030.

The grant will also ensure that South Africa’s Tuberculosis programme is expanded in line with the 2022 World TB Day theme, which called for more investment from donors to end TB and save lives.

This is the seventh replenishment since the first disbursement of $ 1.3 billion (R20 billion) in 2003, which South Africa will be receiving from the Global Fund.

Deputy President David Mabuza in his capacity as chairperson of the South African National AIDS Council (SANAC), welcomes the signing of the Global Fund grant.

At the time of the signing, a mission is underway for the replenishment of the Global Fund for the next funding grant cycle.

Mabuza says the Global Fund continues to provide South Africa with grants because funding towards HIV/AIDS and TB programmes has been used for its intended purpose.

“The Global Fund allows us to adequately respond to HIV, TB and even the Covid-19 pandemic. We are grateful for the support that the Global Fund continues to provide as this will ensure that we meet the objectives we have set towards 2030”, said Deputy President Mabuza.