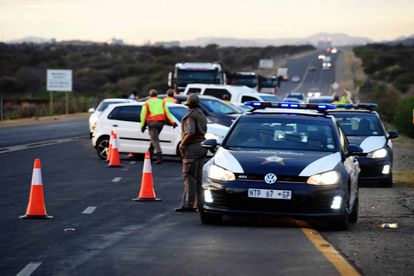 For once, it’s the busters asking ‘who you gonna call’ as thousands of traffic offenders are caught by Cape Town’s Ghost Squad.

In a statement praising the ‘invisible’ traffic police, the City of Cape Town revealed the unit brings in about 8000 offenders every month.

“Cape Town’s Ghost Squad was a first for the country and just one of many innovative approaches to enforcement that we have undertaken in this city,” said Cape Town’s MMC for safety and security, Alderman JP Smith.

“The dedicated officers who spend most of their nights policing the poor choices of road users, like illegal street racing, have provided a layer of invisible policing that has caught thousands of suspects in the act.”

The ghost squad drives around in unmarked vehicles with dashboard and body cameras as part of their equipment. They are on the lookout for any kind of traffic offence from running a red robot and not wearing a safety belt to breaking up street racing events.

They are due to get new equipment, vehicles, and technology to assist them in the coming financial year.

The unit was first launched in 2009, meaning this is the 10-year anniversary.

When they started out they had just 12 officers and one inspector. This has grown to now include 20 officers, three supervisors, and 30 vehicles.

Despite the still relatively low number of forces, the unit’s success is pretty undeniable. Even in the early days, they were boasting over 2000 offenses caught per month. This number has now risen to nearly 8000.

In the first three months of this year alone, 1 100 fines have been issued for overloading alone, 2000 unlicensed drivers have been fined, and around 50 unroadworthy taxis have been removed from the roads.

Smith believes this is down to the fact that South African motorists tend to behave very differently when there is visible policing in the area.

“We have a culture on our roads of behaving reasonably well only when we see marked police or traffic vehicles,” he said.

“The Ghost Squad has done tremendously well in tackling errant motorists who commit serious moving violations, which could lead to crashes and result in serious injury or even death.”