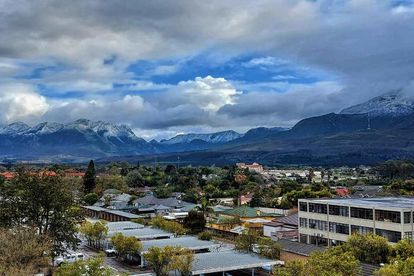 In yet more cases of alleged fraud and corruption at local government level, the Hawks Serious Commercial Investigation team has confirmed that it has served five suspects linked to the George Local Municipality with court summonses in connection with a R9-million fraud investigation.

They will appear in the George Magistrate’s Court on 9 October on charges of fraud, corruption and contravention of the Municipal Finance Management Act.

The former mayor of the Garden Route town and four senior officials have been summonsed, the Hawks statement said.

While none of those summonsed have been named in the Hawks statement, the local George Herald newspaper on Saturday identified two of them as the former mayor, Melvin Naik, and Municipal Manager, Trevor Botha. The other officials are not named.

“In response to a query from [the] George Herald both Botha and Naik proclaimed their innocence saying the allegations are untrue,” the publication reported.

“Botha said he has appointed a lawyer and will defend ‘the baseless allegations’ in court. Naik said he and his legal team welcome the chance to once and for all put to rest the ‘untrue and unfounded’ allegations.

Both men provided lengthy statements to the newspaper as to why they believe the allegations are unfounded.

According to the statement released by the Hawks, the former mayor allegedly offered work to a company on a planned project long before it was formally registered with the municipality.

He further colluded with the municipal manager and senior personnel within the Community Services department of the Municipality and appointed other associated companies to do work under the War on Waste project in 2017.

“These service providers allegedly received payments long before the project was formally registered or a project budget allocation was made. About R9-million was paid between May 2017 to December 2017,” Hawks spokesperson Lieutenant Colonel Philani Nkwalase said.

“A chain of gratifications were allegedly paid to the officials involved in the form of cash payments, holiday accommodation and donations for school functions.”

Nkwalase added: “The matter was reported to the Hawks for investigation in 2018 after one of the company directors reported fraudulent and corrupt behaviour of the officials in 2018. This was due to the failure to deliver on the promises made to the companies, when the relationship between the Mayor and his councillor allegedly turned sour.”

In another statement carried by the George Herald, DA Constituency Head of George, Geordin Hill-Lewis, said the DA had been expecting this announcement for a long time.

“We were waiting for it. The investigation took very long, and there was an enormous amount of evidence. We now look forward to the case proceeding and to seeing justice being served, hopefully quickly,” said Hill-Lewis.