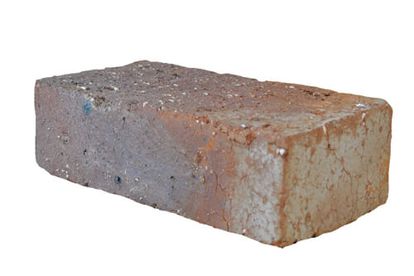 A 31-year-old woman allegedly assaulted her uncle with a brick. He died of his injuries. Photo: RAB Collection.

A 31-year-old woman allegedly assaulted her uncle with a brick. He died of his injuries. Photo: RAB Collection.

The police in the Eastern Cape arrested a 31-year-old woman for the alleged murder of her uncle in Gelvandale, Gqeberha on Sunday, 24 July.

The 57-year-old victim and the suspect allegedly got into an argument that turned violent.

“According to witnesses, the suspect and the deceased went outside and continued fighting. When the witnesses went outside, they saw Pillay lying on the ground with facial injuries,” said Janse van Rensburg.

The police said it is alleged that the woman assaulted Pillay with a brick. The emergency services were contacted. However, the man succumbed to his injuries at the scene.

The woman was arrested and will appear before the Gelvandale Magistrate’s Court on Monday, 25 July on a murder charge.

In an unrelated matter, the kidnapping and murder of a 23-year-old woman, Akhona Mkhize, was orchestrated by her boyfriend’s ex-girlfriend.

Mkhize visited her boyfriend’s place in Inanda, KwaZulu-Natal on 19 July. She was kidnapped on the same day while her boyfriend was absent.

The police received information that alleged Mkhize’s boyfriend’s ex-girlfriend was in the vehicle used in the kidnapping.

A day later, a 34-year-old woman was arrested. She admitted to orchestrating the kidnapping with the help of another man.

“The investigation led the team to a dumping site at Buffelsdraai in Verulam where the body of Akhona was found with strangulation marks,” said Lieutenant-Colonel Nqobile Gwala.

Another suspect, a 24-year-old man, was arrested in Echibini, Ixopo. Both suspects appeared in the Ntuzuma Magistrate’s Court on a charge of murder on 22 July. They were remanded in custody and are expected to make a formal bail application at their next appearance.

Ernie Els Wines: the Iconic Winery of the Helderberg