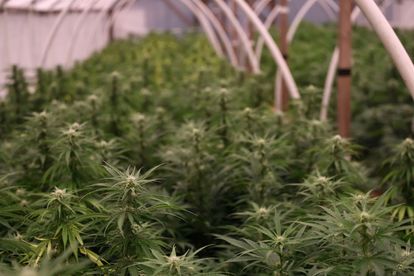 The provincial government in Gauteng and the Department of Agriculture and Rural Development are asking for business partnership proposals. This is with regard to its new plan for cannabis industrialisation.

Gauteng plans to create jobs through cannabis cultivation and processing

Just before the weekend, the department said it was aiming to ‘unlock economic opportunities and job creation’. It hopes to achieve this through the cultivation and processing of cannabis and help at an industrial level in Gauteng.

There are a few specific areas that are being considered, these include:

*Bioremediation uses microorganisms, plants or microbial/plant enzymes to detoxify contaminants in the soil and other environments.

Government offers to lease state-owned land for the project

The Gauteng government has offered to lease state-owned land as well as tenancy in special economic zones in order to continue with the project. It has also suggested partnerships with other Government departments and collaborative funding. This suggestion is in hopes of growing the cannabis industry in South Africa.

Premier David Makhura also announced plans to set up the country’s first cannabis hub. He made the announcement at his state of the province address in February this year. The plans form part of a R45 billion smart city development at Vaal River.

ALSO READ: Concerns over dagga use as more learners hospitalised from space cakes

The premier explained that the primary focus will be on growing cannabis for medical use. He added that it would not be sold recreationally.

“All the four municipalities in the district have collectively made land available for this Special Economic Zone development. Notwithstanding some delays in the finalisation of the master plan, we are firmly on track to kickstart the revitalisation of the Sedibeng economy this year,”

BusinessTech reports that Government has identified cannabis as a key economic differentiator for Mzansi in the years to come.