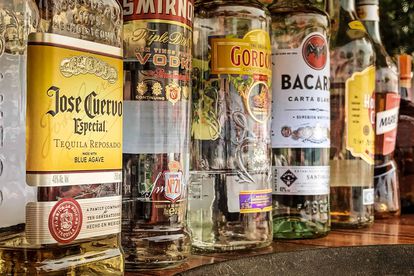 The Safer Festive Season operation – conducted by Gauteng SAPS – busted hundreds of criminals over the weekend, and one liquor outlet ended up paying the ultimate price for flouting COVID-19 guidelines. The popular drinking spot in Rietgat was raided by the cops, who were stunned by what they found inside.

Patrons were seen drinking long into the night, and way past the start of curfew. No masks were worn by the rulebreakers, who also failed to respect social distancing guidelines. The owner of the business was subsequently arrested, and four other nearby establishments were also shutdown in Rietgat.

The same operation also picked up four drunk-drivers, and put the mullered motorists behind bars for the weekend. Although SAPS haven’t revealed the name of the taverns and stores that were caught out during the sting, one thing is for sure. Those looking to contravene the law in Rietgat are running out of options…

“Police in Gauteng closed down nine illegal liquor outlets that are regarded as contributing to the commission of serious crimes in the province and arrested more than 222 suspects in Soshanguve and Rietgat during a Safer Festive Season operation carried out over the weekend.”

“During the roadblocks around Soshanguve, four people were arrested driving while under the influence of liquor. Police also recovered a stolen motor vehicle. In Rietgat police closed down a popular liquor outlet and arrested the owner after it was found to be operating after the prescribed time and not adhering to the Covid-19 regulations.”

“The place was packed with patrons who were not observing social distancing measures and not wearing masks, and in Rietgat alone, four smaller liquor outlets were also closed down. The arrested suspects will appear in court in due course.”