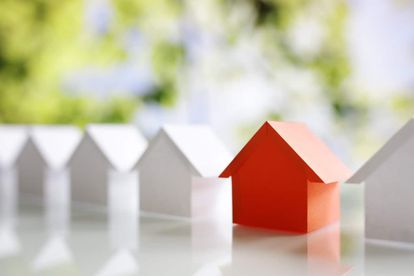 The first three projects are planned for John Dube, Daggafontein and Leeuwpoort. The project is backed by the Gauteng Partnership Fund (GPF).

These three projects are expected to create an additional 50 571 housing units in the city, which is in desperate need of affordable housing for its residents.

The three projects are part of some 30 new Mega Projects, designed to bring affordable housing to people without hindering their ability to find and commute to work.

What is the Mega Project?

According to the GPF’s mandate:

“New housing delivery model that seeks to transform spatial patterns and create sustainable communities. [The] concept [is] born out of the desire to break away from sporadic, small, isolated and monolithic housing projects.”

The objectives include increasing the supply of housing opportunities and ensuring that “poor households have adequate housing in better living environments.”

In addition, the project aims to benefit women and youth, while “supporting the development of a functional and equitable residential property market.”

Read – Survey finds that quality of life is improving in Gauteng

Many of the housing initiatives in South Africa have provided roofs over residents heads without a lot of thought to improving the ability of housing recipients to participate in the economy.

“Megaprojects emerge as a corrective measure for the challenges encountered in the first ten to fifteen years of the democratic South Africa.”

In a sense, RDP settlements still mirrored apartheid patterns, as opposed to being transformative and progressive. The Mega Project was borne out of a need to correct that. The GPF explains:

“The initiative seeks to close the gaps, whilst redefining future cities in line with the dictates of the National Development Plan, and the Gauteng City Region (GCR) strategy.”

The development plan, which encompasses the 30 projects, is expected to deliver 800 000 homes in 30 residential developments and spread across the five so-called development corridors.

Consolidating the city of Johannesburg as the hub for financial services, Information Technology and Communications.

Ekhurhuleni has traditionally been a cornerstone of the province’s powerful manufacturing, logistics and transport industries.

Tshwane is the administrative capital city and the focal point for the automotive sector, research and development, innovation and the knowledge-based economy.

The West Rand will be a focus area for the creation of new industries and economic opportunities around new cities.

The Sedibeng district will be a focus area for the creation of new industries and economic opportunities around new cities.

The detailed outline of the Mega Project can be perused here.