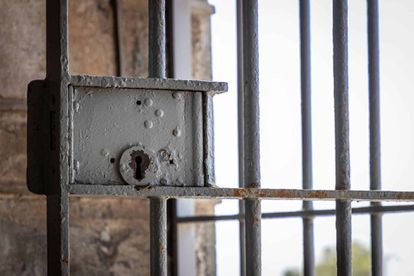 Two men with links to a Cape Town gang known as the Young Gifted Six Bobs have been sentenced to prison terms of 35 years each for the 2017 murder of a man in Pelican Park, Grassy Park.

Marco Joostenberg (29) and Riyaad Canham (27) were convicted after making a plea arrangement with the state due to the overwhelming evidence against them.

Murder victim had been tied and gagged

Their arrest and conviction relates to the discovery on 8 March 2017 of the body of a 29-year-old male, who was found by neighbours at his residence in Jacana Lane. He had been tied with a belt and shoelaces and gagged with a sock in his mouth.

Cases of murder, house robbery, residential burglary and theft were opened by Grassy Park SAPS and the investigation was then transferred to the Anti-Gang Unit.

“After a lengthy investigation, a breakthrough was made when two men with links to the Young Gifted Six Bobs gang were identified as possible suspects. DNA collected on the scene was compared to DNA of the suspects and proved to be a match,” police spokesperson Mihlali Majikela said.

In other gang-related crime in the Western Cape, five people have been arrested in Mitchells Plain in what police described as an intelligence-driven operation by the Anti-Gang Unit.

After searching the homes of several known gang members in the area, officers seized four unlicensed firearms and 63 rounds of ammunition.

Another illegal firearm arrest in Bonteheuwel

In an unrelated incident, members attached to the Anti-Gang Unit were conducting crime prevention duties in the Bishop Lavis area when they received information about a suspect hiding in Citrus Street, Bonteheuwel.

Upon locating and searching the suspect, they found a Norinco Star 9mm pistol and several rounds of ammunition.

A 37-year-old man was arrested and is expected to appear in the Bishop Lavis Magistrates’ Court on Monday on a charge of possessing an unlicensed firearm and ammunition.