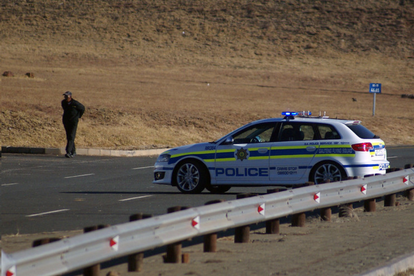 Limpopo police have confirmed they’re hot on the heels of four dangerous prisoners. The group escaped from police holding cells in Mahwelereng, Mokopane on Sunday 26 September.

The four escaped suspects include two Zimbabwean nationals and a Bangladesh citizen as well as a South African. Their charges range between murder, robbery, and rape.

OTHER PRISONERS REPORTED THE ESCAPE

According to the police, the escaped prisoners were tipped off about the escape by other inmates and immediately responded with a manhunt. Furthermore, police have given a warning to the public saying people should not attempt to arrest the escapees, as they are dangerous criminals.

“The suspects were arrested for serious and violent crimes and as a result community members are advised not to attempt to arrest them if they have information about any of their whereabouts but must instead, contact the police,” said Limpopo police spokesperson Brigadier Motlafela Mojapelo.

“Police appeal to anyone with information about these escapees to contact the investigating officer, Lieutenant-Colonel Sekanka, on 082 565 8505 or Crime Stop number 0860010111 or the nearest police or MySAPSApp.”

THE PROFILES OF THE FOUR ESCAPEES

The four wanted men include a Bangladeshi national, two Zimbabweans, and one South African male. The images below were supplied by the South African Police Service.