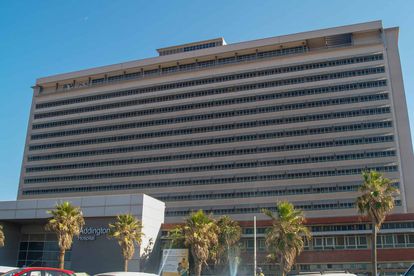 Four COVID-19 positive patients being held in quarantine in Durban’s Addington Hospital, could mount a legal challenge to secure their release.

The group say they have requested permission to self-isolate at home. Doctors and the National Institute for Communicable Diseases (NICD) agree that this is a viable option.

The sticking point, according to the quartet who were part of a group of 10 who travelled to Italy in February, is KwaZulu-Natal health MEC Nomagugu Simelane-Zulu who has refused to authorise their release.

A legal challenge on the horizon

The group’s attorney, Mark Futcher, said that legal action early next week is a distinct possibility.

“If we don’t get some movement today, we will go to court early next week,” Futcher told TimesLIVE.

Futcher says the Health Department has not been consistent in their handling of cases.

“We believe there is inconsistency around this issue. Patient zero, who was at Grey’s Hospital, has yet to test negative, but he has been allowed to go home,” the attorney said.

One of the patients, a banking executive, spoke to TimesLIVE reporters and clarified that the group are satisfied with conditions in the hospital, but don’t feel their continued stay is the best use of resources.

“Addington staff and doctors have been good, and the facility is adequate. We have not pushed any request to transfer to a private hospital. So this is not about us being unhappy with the facility. This is about us being kept in a hospital ward for 11 days using state resources that are not required.

“We have been asking to be released to self-isolate at home, which the doctors and NICD are in agreement with, but the MEC for health in KZN is not allowing it without giving us a reason. However, there are over 100 infected people in SA currently self-isolating at home. Hence we are asking for consistency,” the unnamed COVID-19 patient is quoted as saying.

“Let the hospital beds be made available to those who need hospital care and let us go home to self-isolate until tested negative.”

According to their attorney, the four patients have agreed to making a legally binding commitment to self-isolate after they have been discharged, but the health MEC refuses to allow their release until they test negative for the virus.

“They have been told they need to test negative before they will be released.

“Our clients have made numerous appeals to various authorities to be released. One doctor indicated that the request was being considered and apparently granted. At the last minute, however, it was refused,” Futcher wrote in a letter to the MEC.

“We make the following undertakings. Our clients will be released into police custody for the secure conveyance to their respective homes. They will self-isolate until such time as they test negative or are instructed differently by the NICD and/or the KZN department of health.

“They will also present themselves at the nominated facility should they develop symptoms once again.”

Also Read: Chloroquine South Africa: Will anti-malaria drug save us from coronavirus?

Simelane-Zulu has made it plain that the province and his department are prepared to go to court to ensure COVID-19 patients comply with the state’s wishes.

“The National Health Act makes it very clear that if any person who is a clinical or laboratory-confirmed case, refuses to be tested, treated, isolated or quarantined, the head of a provincial heath department is empowered to approach the high court for an appropriate court order to force the person to comply. If we get pushed, we will not hesitate to go the legal route to safeguard the interests of the public,” Simelane-Zulu said.