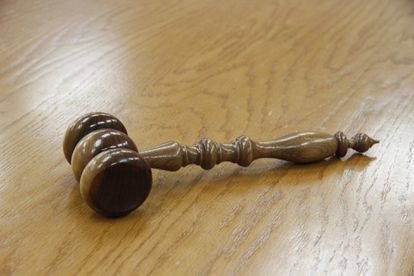 According to Police spokesperson Warrant Officer Bonnie Nxumalo Mntumni who was a financial officer at the Mbashe Municipality added bank accounts belonging to his siblings and friends into the municipality payroll.

Nxumalo said the matter was reported to the Hawks’ Serious Commercial Crime Investigation based in Mthatha for investigation.

“A warrant for Mntumni’s arrest was issued by the court and he was immediately arrested.”

His brothers and a friend were also arrested and the charges against them were later withdrawn.

In March 2015, Mntumni was released on bail.

He pleaded guilty on 23 February 2022 after numerous court appearances.

He was sentenced yesterday to 10 years imprisonment and fours years of his sentence were suspended.

In other news, the former acting head of the Mpumalanga Education Department was arrested on Friday 25 February.

ALL ROLE PLAYERS TO BE BROUGHT TO BOOK

This after the department’s former acting head of department, Jabulani Nkosi, was arrested and charged with contravention of the Public Finance Management Act during PPE procurement, valued at some R21 million.

“Nkosi was arrested on Friday. He appeared at the Nelspruit Magistrate Court and was released on R10 000 bail.”

The matter was remanded to 20 April 2022 for further investigation.

“Nkosi was seconded from the Mpumalanga Department of Health to the position of the accounting officer, and he has since returned to his position as chief director in the [provincial] Health Department,” said Kganyago.

Kganyago said the fraud and corruption-busting unit would apply to the Special Tribunal to have the PPE tender set aside and reviewed, and to “recover financial losses suffered by the State and the Education Department”.